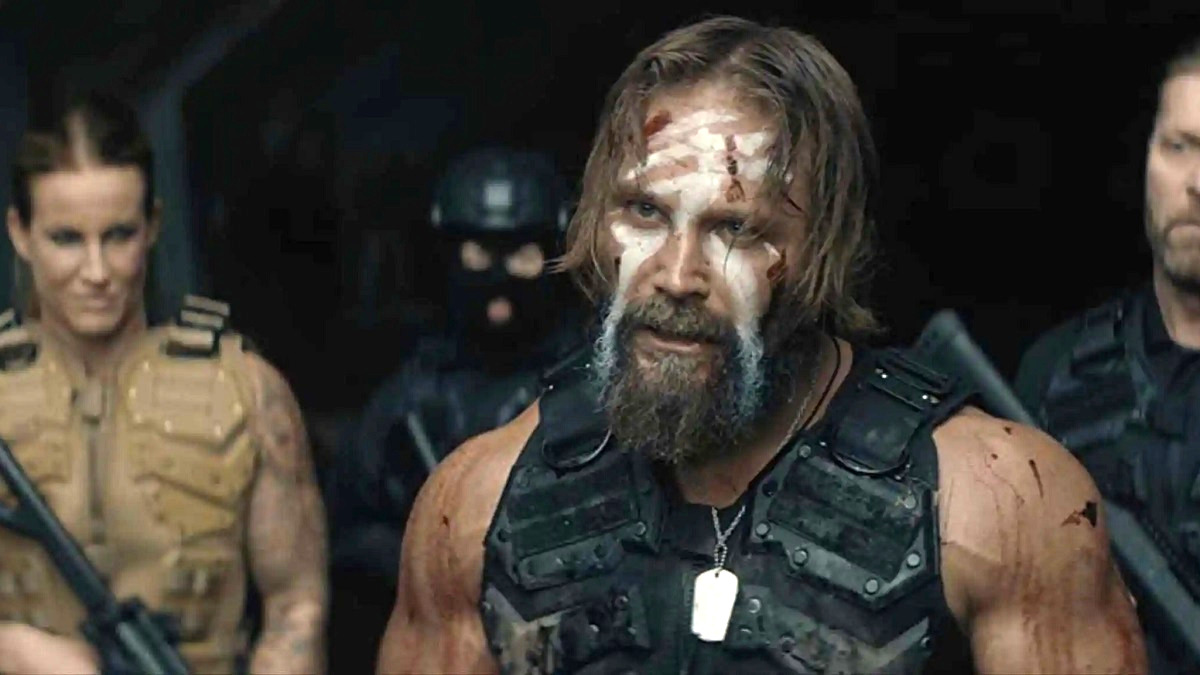 Netflix has become the ideal place for hidden gems, cult classics, and unsung favorites to find a new lease of life, but that doesn’t mean the performance of Last Man Down hasn’t come as a major surprise.

Directed by Fansu Njie, the no-frills story delivers pretty much exactly what you’d expect from the title, and there’s even a touch of timeliness thrown in for good measure thanks to the end of civilization being ushered in by a deadly pandemic.

After his wife is murdered, Daniel Stisen’s hulking soldier turns his back on duty to disappear into the wilderness. Years down the line, an injured woman shows up out of nowhere, only for it to transpire that she’s being hunted after escaping from a lab, with shadowy forces desperate to harvest her blood and find a potential cure.

In a stroke of fortunate coincidence, the man in charge of trying to bring her in just so happens to be the same person who murdered our protagonist’s wife all those years ago, instantly turning things personal as it becomes a revenge mission as much as an effort to protect the innocent.

As per FlixPatrol, Last Man Down is the seventeenth most-watched movie on Netflix today, and it’s even scored Top 10 finishes in both the United States and United Kingdom. If you like your actioners big, burly, and straight to the point, then you could definitely do worse.