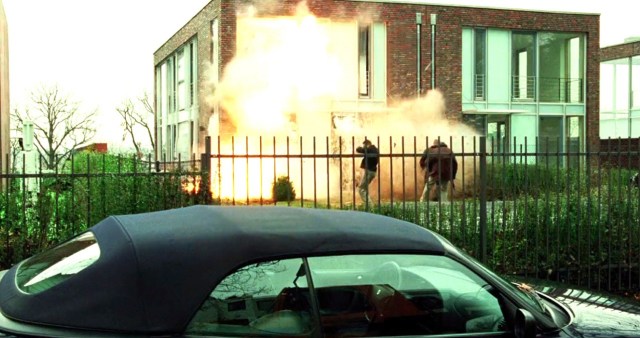 Doug Liman may have started what would eventually become regarded as one of cinema’s all-time great trilogies, but it wasn’t until Paul Greengrass came aboard for middle chapter The Bourne Supremacy that the franchise really began to establish its signature aesthetic – a visual and physical maelstrom of chaos that would go on to have a huge impact on the action genre.

While the shaky cam technique isn’t for everyone, Matt Damon’s second outing as the amnesiac spy nonetheless helped usher in the age of hard-hitting blockbusters and crunching hand-to-hand scraps being shot and rapidly edited to within an inch of their lives for better and very often worse, even if none of the pretenders came close to capturing the skill and technique Greengrass brought to the method.

This time around, Bourne is living the quiet life in India when he’s forced back into action after being framed for a heist on the CIA. Heading out on a mission to seek revenge, prove his innocence, and be left the hell alone, the expert-level assassin faces obstacles at every turn as he attempts to clear his name, evade the authorities, and dish out justice.

The Bourne Supremacy would go on to define an entire generation of both spy thrillers and big budget actioners alike, even if very few came close to recapturing what made Greengrass and Damon’s first collaboration so special and unique to begin with. It’s been almost 20 years since the game-changer’s release, and it’s remained a hugely popular hit among audiences of multiple generations.

Reinforcing that notion, it’s returned with a vengeance on streaming after securing multiple Top 10 positions on Prime Video around the world per FlixPatrol, with the only real debate over its quality being whether or not it ranks as better than Ultimatum.