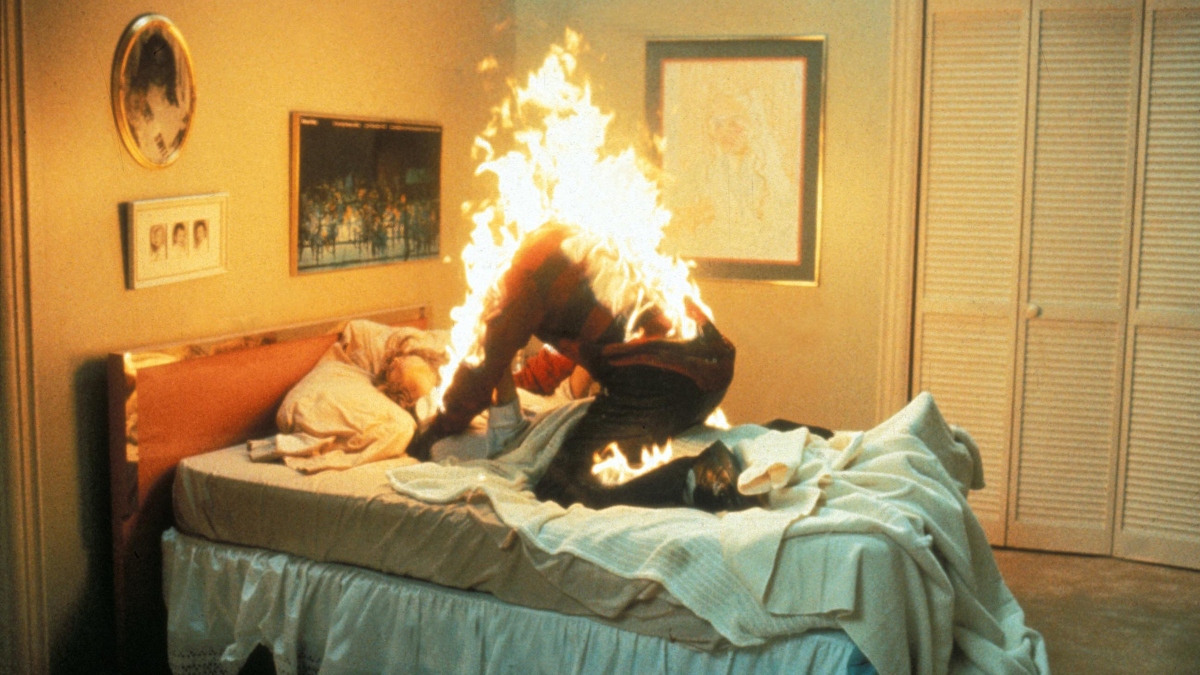 It’s an age-old debate as to whether or not horror is a feminist genre; there are examples for and against, so it’s hard to say. Obviously, John Carpenter’s Halloween empowers Laurie Strode as the kick-ass leading lady, whereas Terrifier — on the total opposite end of the spectrum — specifically murders and mutilates (mostly) women in a needlessly violent manner. There’s arguments that horror embraces feminism as most last (wo)men standing are, well, women. That says a lot for the female race, who are typically represented as inferior to males in life-or-death situations and therefore incapable of defending themselves. Luckily, the most iconic slashers ever made feature a more-than-capable woman in the lead, which quite possibly paved the way for our modern-day scream queens, such as Samara Weaving’s Grace Le Domas (Ready or Not) and Elisabeth Moss’ Cecilia Kass (The Invisible Man).

If we transport ourselves all the way back to the ’80s, women were still frowned upon in the film industry and we, as a society, weren’t as progressive as we are today. Racism, homophobia, and anti-feminism still run rampant on the daily, so there wasn’t much love for leading ladies in horror. Thankfully, in 1984, Wes Craven — whose name would go down in history as one of horror’s most influential directors — gave us A Nightmare on Elm Street. Although centered around Freddy Krueger, a male, it’s apparent that A Nightmare on Elm Street lends plenty of screen time to Nancy Thompson, portrayed by Heather Langenkamp. As her friends and neighbors are slaughtered all around her, Nancy remains steadfast in her mission to destroy Krueger once and for all. She’s resilient, resourceful, intelligent, and independent, so she manages to — as far as we believe until the final scene — rid Springwood, Ohio of the dream-invading menace.

Reddit wholeheartedly agrees that Nancy Thompson is a symbol of feminism, but there’s some comments suggesting that feminism has existed in horror long before the ’84 release. Although, in the end, Nancy saves herself using nothing more than her wits, she’s still not the first to do so — and certainly won’t be the last.

There’s a lot of buzz are the term ‘final girl’ and its significance to the horror genre. While A Nightmare on Elm Street predates Carol J. Clover’s 1992 novel, Men, Women and Chainsaws, it’s apparent that she coined the term, so back in ’84, there was no understanding of any ‘final girl’ like we’re accustomed to today. It can be argued that Nancy wasn’t even horror’s first final girl, but rather The Texas Chain Saw Massacre‘s Sally Hardesty, played by Marilyn Burns, back in 1974. Either way, we didn’t have a name for these quick-witted, irrepressible women.

Arguably, final girls are everywhere, so it wasn’t some breakthrough for A Nightmare on Elm Street to pass the baton to a female. Still, we can recognize these intentional decisions to place women in starring roles and Clover’s incite with inventing a phrase that’s now become common vocabulary for horror fanatics. In many ways, A Nightmare on Elm Street is a feminist movie, but it isn’t the only one, and the horror genre isn’t confined to the term ‘feminism’ just because it gives females the upper hand… for once.