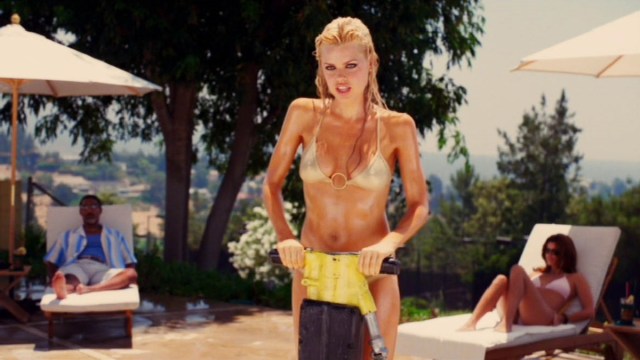 The mere mention of the names Jason Friedberg and Aaron Seltzer is enough to send shivers down the spines of anyone familiar with the duo’s work, even though the majority of the pair’s awful attempts at comedy ended up making money none of them deserved to have in the coffers. Incredulously, that unexplainable popularity has carried over to streaming, with Date Movie rising from the depths of hell to live again.

As per FlixPatrol, the thoroughly panned parody that earned $85 million at the box office in spite of a seven percent Rotten Tomatoes score has somehow managed to secure multiple Top 10 placings on iTunes around the world, landing a spot on the global most-watched list in the process.

Existing in the nightmarish hellscape of the loosely-connected franchise that also numbered the equally egregious Epic Movie, Superhero Movie, Meet the Spartans, Vampires Suck, The Starving Games, Best Night Ever!, and Superfast, the premise involves rapid-fire pop culture references and gross-out gags in a transparent attempt to cover up the overwhelming banality on display. Clearly, the success of Scary Movie went to their heads.

What’s even more head-scratching is the level of star power Friedberg and Seltzer regularly convinced to swing by their projects, with some genuinely talented comedians popping up for either cameos or one-scene obligations. It’s been seven years since the infamous writers and directors helmed a feature, and let’s hope it stays that way for the foreseeable future, unless of course they come up with something that actually justifies its need to exist.