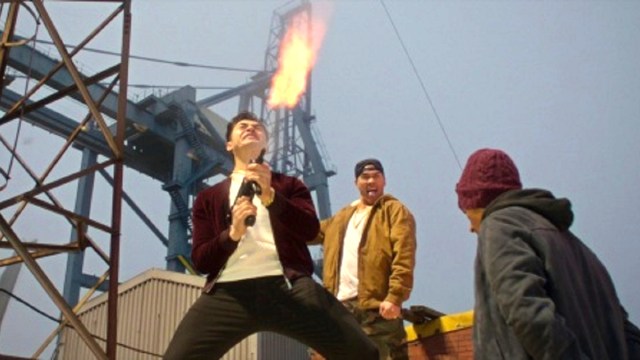 via STX Films
Review of:

After his lengthy sojourn into blockbuster filmmaking yielded incredibly inconsistent results, Guy Ritchie returned to his roots with hard-boiled crime caper The Gentlemen, which ironically ended up launching the franchise so many of his big budget efforts failed resolutely to accomplish.

The filmmaker may have delivered a pair of Sherlock Holmes adventures starring Robert Downey Jr., but the third has remained in stasis for over a decade and counting. The sorely underrated The Man from U.N.C.L.E. flopped at the box office to prevent sequels from becoming a reality, while King Arthur: Legend of the Sword tanked so hard it nixed no less than five follow-ups.

Even Ritchie’s billion-dollar hit Aladdin hasn’t made much movement on the second installment that was announced years ago, but the little street-level thriller that could has only gone and landed itself a Netflix sequel series boasting a stacked cast full of recognizable names. That’s not a bad return for a lo-fi sleeper hit that marked its creator’s best film in years, even if it fell into many familiar traps.

Overly-complicated, not as smart as it thinks it is or wants to be, and borderline smug on occasion, The Gentlemen is Ritchie in a nutshell, but it still ranks among the upper echelon of his filmography because everything about it is so confident, charismatic, and cocky that it’s easy to get swept up in the hijinks of the drug-dealing underworld.

To cement its enduring popularity, The Gentlemen has been tearing it up on multiple streaming services, and fittingly, none of them are Netflix. As per FlixPatrol, the jet-black jaunt through London’s seedy underbelly has charted on the Prime Video, iTunes, and ViaPlay rankings, which bodes well for the episodic continuation.