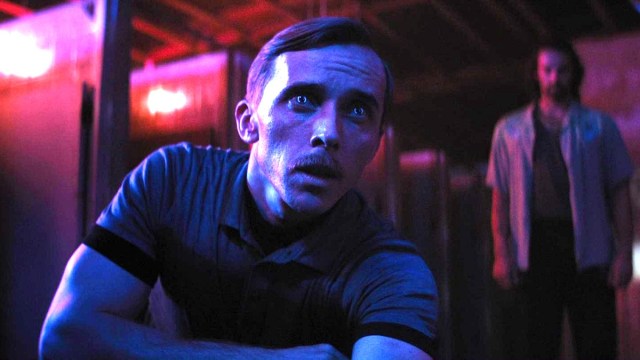 Movies being reinvented, rebooted, or refitted for the small screen is hardly a new phenomenon, but a huge number of Upgrade fans would have much rather seen the under-the-radar slice of sci-fi action excellence spawn a multi-film franchise, as opposed to an episodic continuation set in the same world.

Leigh Whannell’s opener turned a decent-sized profit after earning $17 million at the box office on a measly $3 million budget, and it went on to generate over $2.5 million in home video sales in the United States alone for good measure. Sure, those aren’t blockbuster numbers, but it was deep enough in the black to deserve at least one sequel.

Whannell wanted to see it, as did producer Jason Blum, but we’ll have to make do with a TV show instead, which the Blumhouse head honcho would love to order straight to series should the pitch be strong enough. Logan Marshall-Green won’t be back, sadly, and development has been slow to say the least, but Netflix users have been revisiting the original to tide them over in the meantime.

As per FlixPatrol, Upgrade has been reanimated on the platform’s global ranks, fighting its way up the charts all week. An 88 percent Rotten Tomatoes score and 87 percent user rating signals widespread acclaim, it’s just a shame that way too many people missed out on the intensely ingenious body horror hybrid during its initial run.

Don’t get us wrong, we’ll happily take an Upgrade series any day of the week, but the missed opportunity to craft a big screen saga will always linger wistfully in the back of our minds.