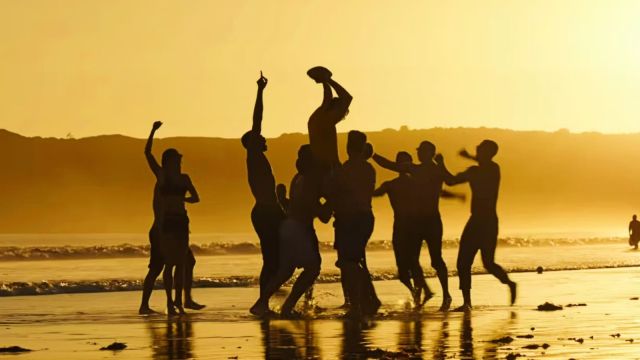 Gone are the days when all cinemagoers wanted was T&A, now the sophisticated masses that watch blockbusters desire nothing more than himbos strutting around on the beach before flying a fighter jet.

It’s still flying in cinemas, but Top Gun: Maverick isn’t just content with being the highest-grossing film of 2022 and is now gunning after streaming charts. Barely a week into its streaming debut it’s become the number one film on Google Play, iTunes, and Amazon Prime Video in over fifty countries.

Featuring Tom Cruise is a mentoring role, the film was not afraid to throw some smaller stars to the center in what could lead to big resurgences for the likes of Miles Teller.

Audiences had to wait thirty years for the sequel, and many will be pleased to know Maverick picks up with just as many himbos playing volleyball on a sun-kissed beach. Frankly, the beach scenes could be good enough to hold their own movie entirely. Glen Powell recently gave a load of compliments to leading man Cruise for keeping himself in such good shape for the movie, even at 60 years-old.

It’s also an exceedingly rare case of critics and audiences being on the same page, with Maverick sitting on a 96 percent critics score and 99 percent audience score. An almost unseen sight in the modern day, and proof that audiences might be suffering big time from superhero and franchise fatigue.

Another huge marker for Top Gun’s success will come at the end of year when DVD sales start heating up, with many now slowly shifting back to physical ownership of media they hold dear.