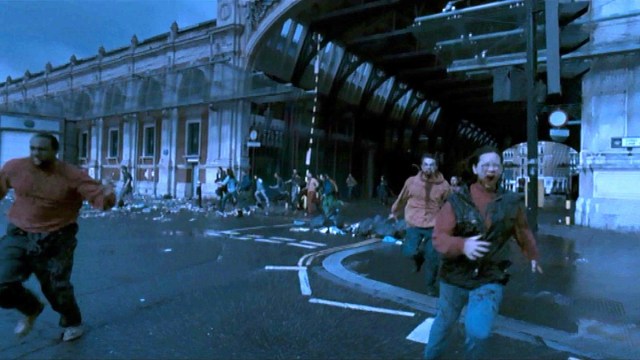 If there’s one thing that proves the continued staying power and endless popularity of Danny Boyle’s 28 Days Later better than anything else, it’s that calling it a zombie movie is guaranteed to get a reaction out of somebody who holds it close to their heart, and the argument continues to generate debate 20 years on.

To avoid ruffling any feathers, let’s refer to the instant classic as a post-apocalyptic horror revolving around a viral outbreak that transforms regular people into frightening, fast-paced, and unrelenting feral beasts. Sprinting zombies have been everywhere you look ever since, though, but that’s just one of the many lasting legacies left behind by the phenomenally bleak thriller.

In fact, Redditors are in the midst of celebrating the many high points of 28 Days Later in an ongoing thread, and funnily enough, it doesn’t take someone long to bring up the whole “it’s not a zombie film” discourse in the comments. However, we’ll ignore that and instead remark on how well it holds up after two decades, with Boyle’s frantic camerawork turning the empty streets of London into a warzone where there’s only one winner – and it’s not the human population.

Questions linger as to whether or not the final act sticks the landing after the opening two-thirds flirt with greatness, but we’ll be damned if it doesn’t get dark as hell once Christopher Ecclestone and the rest of his platoon arrive on the scene. 28 Weeks Later was a worthy sequel in parts, but it continues to sting the Days supporters that all Boyle’s talk of returning for the long-mooted 28 Months Later has so far amounted to nothing.

At this rate, it’ll be 28 Years Later, but at least it’ll make sense in chronological context.