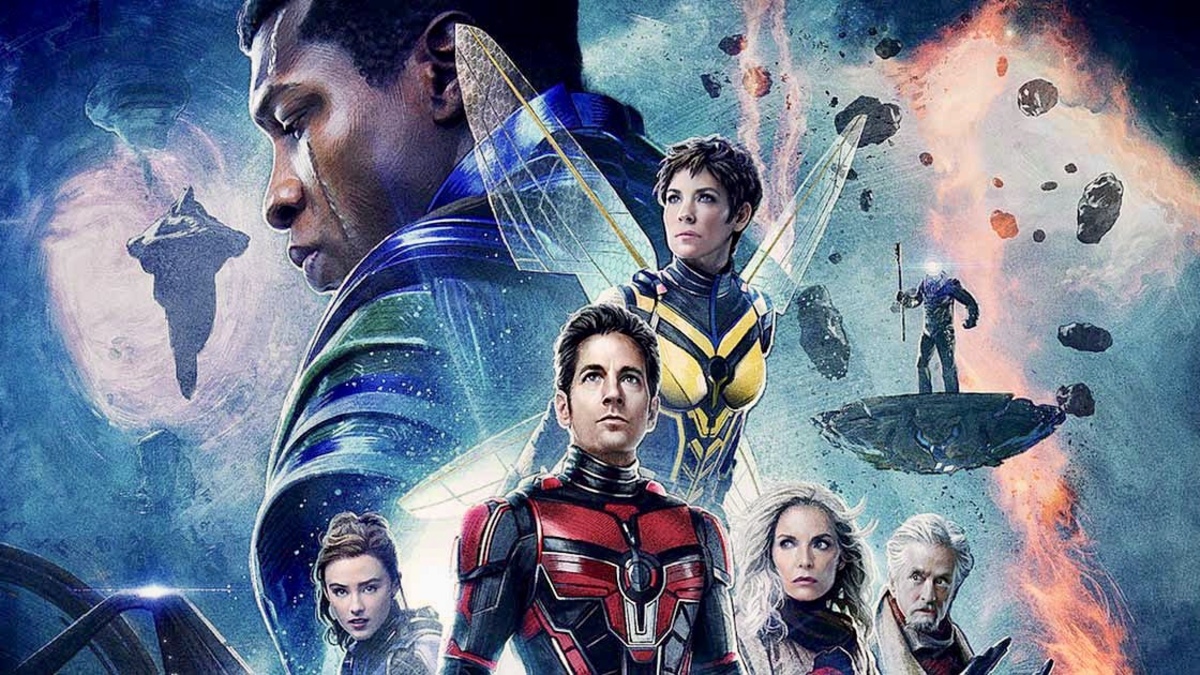 As the first film of Phase Five in the Marvel Cinematic Universe, all eyes are on Ant-Man and the Wasp: Quantumania to deliver a worthwhile entry into the MCU’s most promising era in recent times.

The upcoming superhero film offers fans the return of beloved characters like Scott Lang, Hope van Dyne, Hank Pym, and Janet van Dyne, but by far the most anticipated parts of the film are newcomers Kathryn Newton and Jonathan Majors as Cassie Lang and Kang the Conqueror respectively. The film sees our heroes exploring the Quantum Realm, while coming into contact with new antagonists, and much more difficult situations than ever faced before.

With an ensemble cast, Quantumania boasts some highly prolific stars, and here is a ranking of the major characters by their net worth.

In what will give her a significant boost in fame, Kathryn Newton will star in a major supporting role as Cassie Lang in Quantumania. She has been starring in projects since the tender age of four, and has gone on to star in several films and series, including: Supernatural, Lady Bird, Big Little Lies, Detective Pikachu and more, holding her own against some of Hollywood’s biggest names. There’s some uncertainty about her net worth, but it is believed to fall between the range of one and four million dollars, and will surely rise as her MCU role gains her much more recognition.

While you may have seen his face everywhere in the past couple of years, Jonathan Majors has only been acting since 2017, and has managed to rake up an impressive net worth of $2 million. Thanks to acclaimed roles in The Harder They Fall, Lovecraft Country, Da 5 Bloods, Devotion, and more, Majors has already cemented himself as one of the finest talents of his generation. He will star as Kang the Conqueror, the major antagonist in Quantumania, a role that’s already gained him significant buzz in the months leading up to the film’s release. With another highly anticipated performance in Creed III on the way, Majors is set to dominate in this new decade.

Corey Stoll has been acting since 2001, so it’s no surprise that he has a comfortable net worth of $3 million dollars after two decades of impressive work. His major credits include playing Congressman Peter Russo in House of Cards, and Michael Prince in Billions. He previously starred in the first Ant-Man film as Darren Cross or Yellowjacket, but will now take on the new role of popular Marvel Comics villain M.O.D.O.K. in Quantumania.

William Jackson Harper will star as the telepath Quaz in the upcoming film, and fans are sure to recognize the talented actor immediately. From his Emmy-nominated turn as Chidi Anagonye in The Good Place, to his leading role in the Peacock mystery comedy The Resort, and his numerous voice roles, Harper’s net worth stands at $4 million. Besides his acting and voice acting work, he is also a successful playwright.

Randall Park’s portrayal of Agent Jimmy Woo in Ant-Man and the Wasp was met with praise from fans, who lauded his on-screen moments with Paul Rudd’s Scott Lang. The actor reprised his role in WandaVision, and will star as the Agent once again in Quantumania, much to the joy of fans. Park is perhaps best known for his lead role in the sitcom Fresh Off the Boat, as well as other comedic ventures in popular films and TV shows, boosting his net worth to a cool $5 million.

For her role as Kate Austen in the acclaimed and mega successful sci-fi drama, Lost, Evangeline Lilly became one of the most recognized faces of the late 2000s. While her career seemed to slow down after the series ended, she had a fairly successful run in the 2010s, starring in popular franchises like The Hobbit, and now, Ant-Man. She will portray Hope van Dyne, or Wasp once again in the upcoming first film of Phase Five. Her net worth is $5 million.

The everyday epitome of the nice guy, it’s very difficult not to like Paul Rudd. He’s starred in many comedy classics, always has a smile on his face, and has beat allegations of being a vampire for two decades now. Rudd is one of Hollywood’s most famous actors, and it’s no wonder why his net worth is $70 million. He has appeared as Ant-Man or Scott Lang in four MCU releases, with Quantumania set to be his fifth.

A comedy staple in Hollywood, Bill Murray needs no introduction. He will star as a secondary antagonist Lord Krylar in Quantumania, the governor of the Axia community in the Quantum Realm. With a career spanning five decades, and numerous accolades for his large body of work, Murray’s net worth stretches to nine figures, with $180 million to his name.

Coming in with the second-highest net worth is the fantastic Michelle Pfeiffer, with a staggering $250 million to her name. It comes as no surprise though, as she is one of the most lauded actresses of all time, with an illustrious four decade-long career. After winning the world’s heart in the ’80s and ’90s with roles in projects that covered a wide range of genres, Pfeiffer has phenomenally eased into even more captivating roles in the 2010s and 2020s. She will continue her role as Janet van Dyne, or Wasp in the upcoming Quantumania.

The highest net worth of all the cast members of the Ant-Man and the Wasp: Quantumania cast belongs to none other than Michael Douglas, who sits at the top with $350 million dollars. The two-time Oscar winner is one of the most successful film stars of all time and has been a prolific actor since as far back as the mid-sixties. Douglas also boasts an extensive real estate collection, possessing numerous properties across the country. With all the millions at his disposal, Douglas just might be the real-life Hank Pym.