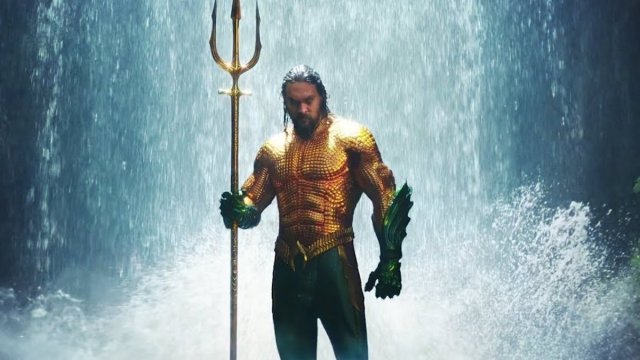 While the excitement for The Flash has dropped to a dangerously low level thanks to the much-publicized Ezra Miller fiasco — fiascos to be precise — the anticipation for Warner Bros’ other DCEU projects is at an all-time high. The Jason Momoa-starring Aquaman and the Lost Kingdom is understandably topping the list. So, the growing need to know more about the film — whether it is about its cast or when it will be hitting theaters — is expected amongst DCEU and Jason Momoa fans.

Aquaman is one of the only two DCEU projects — 2019’s Joker being the second — that have managed to blow past the $1 billion worldwide box office. So, naturally, everyone has high hopes for the upcoming adventures of the King of Atlantis.

So, without wasting any time, let’s dive into the murky waters of Aquaman 2 as apparently, even this highly anticipated DCEU project hasn’t been able to sidestep the persistent tornado of bad luck that has been haunting the studio for quite some time now.

Plotting the plausible storyline of Aquaman 2

As per the synopsis of Aquaman 2, Arthur Curry aka the titular Atlantean superhero will be forced to strike an “uneasy alliance with an unlikely ally” in order to protect his kingdom as well as the human world.

By the end of the first film, Orm, Arthur’s Atlantean half-brother, was defeated and imprisoned. As for the severely defeated Black Manta, he was rescued by the Atlantis-obsessed Dr. Stephen Shin. Based on the featurette dropped by James Wan during Warner Bros. CinemaCon’s presentation, the story will see Orm released by Arthur who needs help. The two brothers will enter into a temporary truce after Black Manta —who is influenced by and possibly channeling dark energy as well as has evolved beyond his already dangerous capabilities — becomes a deadly threat.

The cast of Aquaman 2

Anyone who has watched the first Aquaman film will find that there aren’t any major additions to the cast of the sequel. Momoa is reprising his role as Arthur Curry aka Aquaman, the King of Atlantis. The same goes for Amber Heard as Mera, Nicole Kidman as Atlanna — Arthur’s mother; Temuerra Morrison as Arthur’s father, Thomas Curry; Willam Dafoe as Atlantis’ vizier, Vulko; Patrick Wilson as Orm Marius aka Oceanmaster, the former King of Atlantis; and Yahya Abdul-Mateen II as Black Manta.

The film will also see Ben Affleck back as Batman aka the billionaire Bruce Wayne, Randall Park as Dr. Stephen Shin; Jani Zhao as Stingray — an original character created specifically for the film; Indya Moore as Karshon — a super-humanoid who is the result of a regular tiger shark being exposed to radiation that blessed the being with exceptional intelligence and abilities like inducing fear in others, telepathy, etc. Pilou Asbæk, who Game of Thrones fans will remember as Euron Greyjoy, has also been cast in an undisclosed role.

The major debate when it comes to the cast of Aquaman 2 has been around Amber Heard continuing to play the character of Mera. For a long time, she has been embroiled in Johnny Depp’s defamation trial against her, and seeing that the actor was removed from Fantastic Beasts: The Secrets of Dumbledore because of it, many vied for WB to replace Heard in the Aquaman sequel on the same grounds.

Though a petition demanding Heard’s removal from the film reached a towering four million signatures during the trial, both the actress and those associated with the film have time and again debunked rumors that she has been fired from Aquaman 2. But she did confirm another set of rumors about her role during her testimony in the trial – that her screentime in the film has been considerably reduced.

She revealed (via Yahoo) that she had to fight “really hard to stay in the movie” as “they didn’t want to include me in the film.”

“I was given a script, then given new versions of the script that had taken away scenes that had action in it, that depicted my character and another character — without giving any spoilers away — two characters fighting with one another,” Heard said. “They basically took a bunch out of my role. They just removed a bunch.”

According to Heard, when Aquaman 2 finally releases, DC fans will only get to see a “very pared-down version” of her character Mera compared to her original portion in the film. But contrary to her claims, the producer of the film, Peter Safran has stressed (in a chat with Deadline) that the massive social media campaign against her did little to affect her character’s presence in the film.

“I don’t think we’re ever going to react to, honestly, pure fan pressure,” said Safran. “You gotta do what’s best for the movie. We felt that if it’s James Wan, and Jason Momoa, it should be Amber Heard. That’s really what it was.”

When will Aquaman 2 release?

Amid the neverending influx of drama the studio has been dealing with, a few of the upcoming DCEU projects have taken a hit. The shooting of the film was wrapped up in January this year and it was expected to stick to its release date. But it was recently revealed by Deadline that Aquaman and the Lost Kingdom — which was supposed to release on March 17, 2023 — has been pushed back to December 25, 2023, instead as apparently the process of post-production needs more time.

This is not the first time Aquaman 2’s release — or the release of every other upcoming DCEU project — has been delayed. The film was originally supposed to debut in theaters on December 16, 2022, but due to the massive after-effects of the COVID-19 pandemic on the cinema industry, the date was shifted to March 2023. Only time will tell whether Warner Bros. will be sticking to its new Christmas day release date.

With Warner Bros.’ recent string of decisions attracting worldwide ire — canceling Batgirl, going forward with Ezra Miller as the Flash, etc — the DCEU’s status remains in a precautious position. But no matter how uncertain the future of DC’s cinematic world is, fans can expect the arrival of a certain trident-wielding superhero to restore at least some semblance of balance amid the chaos.