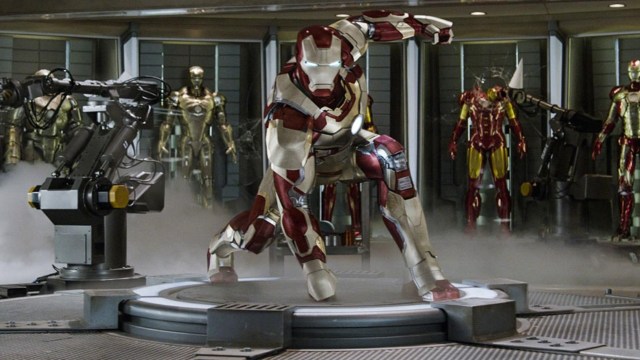 MCU’s Armor Wars will be based directly on the comic book storyline of the same name, but instead of Tony Stark at the center of the story, it will be his closest ally and friend Colonel James Rhodes, a.k.a, War Machine. The long-serving side-kick is finally getting his own movie after it was recently announced it would no longer be a series but will be shown in theatres instead, much to fans’ delight. With the comic book story revolving around Stark tech, some are wondering just how many of Tony’s suits will appear in the film.

In the comics, there are two Armor Wars storylines: one that ran from 1987 to 1988 and another that came out in 2015. In the 1980s version, the story followed Tony Stark as he discovered that his tech was being misused by others in the Marvel Universe. Concerned that his own inventions could harm those he swore to protect, he set out to find those responsible for the abuse of his technology and end it. Of course, in the MCU Tony Stark is no longer with us, so the burden falls on his dear friend and one of the few people he trusts with one of his suits, James Rhodes or “Rhodey”, played by Don Cheadle (many are still desperately hoping that we will see some form of Robert Downey Junior’s Iron Man either in flashbacks or as an AI).

The plot for the film is still not certain, whether or not individuals are stealing Stark’s suits or simply using the technology left behind by the genius inventor to create their own. This fan thinks that we will see Iron Man’s many suits once again in Armor Wars, and looks back on the numerous versions that individuals could potentially get their hands on.

The user pointed out that we have already seen examples of people misappropriating Stark’s tech, notably in Iron Man 2 and also in Spider-Man: Homecoming which saw the Vulture attempt to steal some as well. It hardly comes as a surprise that many would want to get their hands on gear that could help you take down an entire army.

Someone else responded to the OP that this does mirror a lot of what happens in the comics, but also that Iron Man’s tech making its way into the wrong hands does make sense considering the other projects that the MCU already has in the works.

With a lot still up in the air, including the release date for the film, there is still a lot to be decided and fans may have to wait till the end of 2024 or even to 2025 to find out exactly what will happen in Armor Wars.