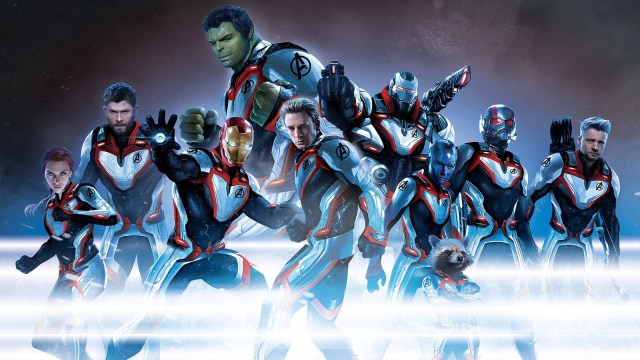 Change is in the air for the Marvel universe today, as the MCU’s longest-gestating Disney Plus project has finally had its plug pulled, but don’t despair just yet as there’s a big silver lining to this news. What’s more, the franchise may have secretly landed one of its biggest stars ever in a hugely shocking recast, if a new rumor is to be believed. Let’s crack on with our latest Marvel news roundup.

Like the sun, Armor Wars lives to rise… as a movie

Marvel’s been trying to get an Armor Wars series off the ground for Don Cheadle’s War Machine for years, but now they’ve finally decided to throw in the towel… and reboot the project as a movie instead. Naturally, fans are going crazy over this news, both out of excitement that the MCU’s longest-serving sidekick is finally getting his own film, but also because of the wild notion going around that Armor Wars has been bumped up to the big screen to accommodate a secret role for Robert Downey Jr. as an A.I. Tony Stark! We live in hope…

Marvel announced the full lineup for 2024’s Thunderbolts movie at this month’s D23, but much to the disappointment of diehards, it was missing team fixture Red Hulk. While that seemed understandable, given General Ross actor William Hurt’s passing earlier this year, a new report states that actually Marvel already has a big-name replacement in mind for the role — none other than Harrison Ford. Apparently, his casting was all set to be revealed at D23, but Lucasfilm’s Kathleen Kennedy didn’t want it to upstage Ford’s comeback in Indiana Jones 5. Dare we get hyped for this just yet?

In your face, Intelligencia — She-Hulk: Attorney at Law is Certified Fresh

Tatiana Maslany’s Jennifer Walters might have trolls gunning for her both offscreen and on, but in a big and well-deserved win the series has managed to defeat its detractors and smash its way to a Certified Fresh score on Rotten Tomatoes. In the wake of the Disney Plus show reaching its seventh episode (just two more to go!), She-Hulk is sitting pretty at a sensational 87 percent on the review aggregation site. And that’s before we’ve even had the big Daredevil crossover. Way to go, Ms. Walters!

Blade might be currently director-less — although fans have their hearts set on Spike Lee stepping into helm — some new rumored plot details offer us a taste of what we can expect when Mahershala Ali’s rebooted Daywalker finally slays his way into the MCU. Apparently, the new Blade film is set to be a period piece, covering eight decades between 1900 and 1980. So expect a deep dive into Marvel’s horror lore that will hopefully explain why we’ve never seen vamps in the franchise until now.