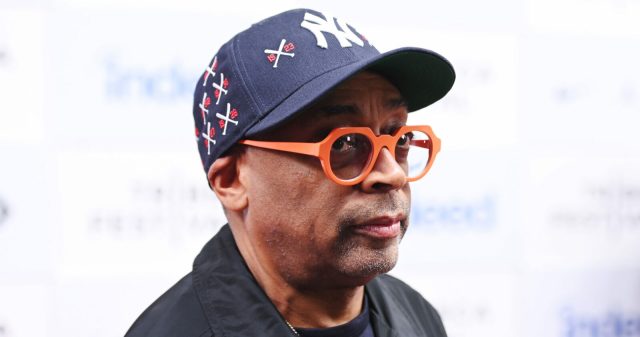 Imagine a world where Blade, led by two-time Oscar winner Mahershala Ali, also becomes a Spike Lee joint. It looks like that fantasy has been much further from becoming a reality than it is right now, and MCU fans are on the edge of their seats.

According to a cryptic tweet from Beyond The Trailer’s Grace Randolph, Marvel is in talks with some heavyweights of the directing world to replace Bassam Tariq at the helm of the MCU’s upcoming Blade movie. In the tweet, Randolph shared stills from BlacKkKlansman, The Woman King, and the shelved Batgirl, seemingly indicating that Spike Lee, Gina Prince-Bythewood, and the duo Adil El Arbi and Bilall Fallah were the current front-runners for the spot.

The tweet instantly sent the MCU fandom into a frenzy, with some general film fans also joining in on the speculation. Opinions diverged on whether the rumors would lead anywhere, but everyone seemed to agree that, in the talented hands of Spike Lee, Blade could easily become the greatest comic book movie of all time.

Although some seem to think Spike Lee’s emblematic creativity would be stifled by the Marvel machine, thus making this collaboration seem highly unlikely, Lee has previously stated (via EW) that, if the opportunity presented itself, he would be happy to direct a Marvel movie.

I was all about Marvel. If the right opportunity comes across, I’m not campaigning for it, but I will give it consideration.

The MCU has been losing some of its grip on pop culture as of late, and Lee’s experienced auteur touch would certainly breathe some new life into the franchise’s frail state.

The cast of Blade, which apart from the renowned Ali, also includes long-time Lee collaborator, Delroy Lindo, could also be a pull factor for the Da 5 Bloods director to accept Kevin Feige’s alleged offer.