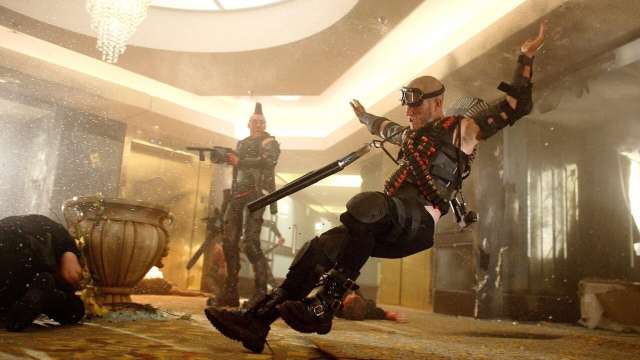 One of the most malleable and reliable storytelling setups is that of the hired killer, assassin, or unwitting target trying to escape to safety. It can be applied to action, romance, comedy, thriller, sci-fi, and pretty much every genre under the cinematic sun, and while the success rate is far from 100 percent, it’s admirable for filmmakers to at least keep trying to upends the conventions.

A deep dive into Rian Johnson’s phenomenal Looper has ended up trapping Redditors in a back-and-forth of their own, with the debate igniting over the best flicks to revolve around the exchange of money for the extermination of a life. It’s a broad, vast, and virtually all-encompassing argument, but that doesn’t mean the suggestions haven’t been stellar.

Tom Cruise’s awesome Collateral gets held up as a stellar example, which is fair enough when the A-list megastar’s rare detour into villainous territory saw him deliver one of the best performances of his career. The underrated (or deservedly maligned depending on how you feel) Assassins with Sylvester Stallone and Antonio Banderas locks and loads, while the star-studded and utterly demented Smokin’ Aces became a cult favorite for a reason.

Leon: The Professional, Grosse Pointe Blank, True Lies, Lucky Number Slevin, and 3 Days to Kill all get mentioned, which is a touch bizarre considering that those titles in particular range from undisputed classics to dead on arrival box office bombs, via a critically-panned dud or two.

One again, then, there’s no such thing as a consensus – especially when so many films hardly showered in unanimous love and praise are making the cut.