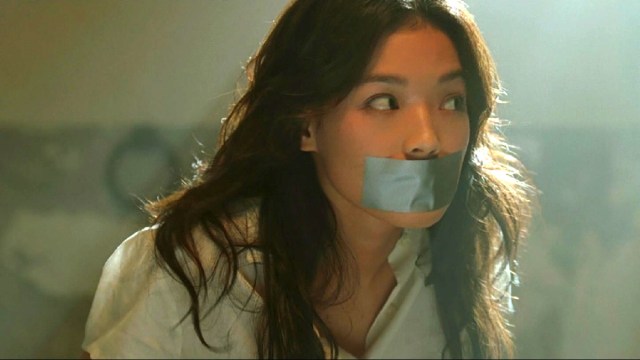 Prior to the release of The Transporter, Jason Statham had only appeared in seven feature films, none of which were straightforward actioners, and he hadn’t received top billing in any of them. These days, even the mere mention of the actor’s name is more than enough to let you know exactly what you’re in for.

For the last 20 years, Statham has been building his brand as one of B-tier genre cinema’s pre-eminent grizzled badasses, having spawned an entire subgenre based on his scowling visage, shiny dome, and penchant for martial arts. That’s literally not an exaggeration, when you consider the sheer volume of star vehicles he’s lent his name to that feature him as either a current or former military or law enforcement agent, with titles comprised of one word, or two but bearing “The” as a prefix.

Discounting The Transporter trilogy, that still leaves us with Revolver, London, Chaos, Crank, War, The Expandables series, The Mechanic, Blitz, Safe, Parker, Hummingbird/Redemption, Safe, Homefront, and The Meg. See? We weren’t kidding, the “Jason Statham Action Thriller with No-Frills Nomenclature” is a very real subset of the action-packed arena.

It all traces back to his debut as Frank Martin, though, with fans seemingly celebrating the 20th anniversary of The Transporter by revisiting the flick on streaming. As per FlixPatrol, the enjoyable-if-lightweight slice of Eurocentric escapism has charted on the Google Play Movies watch-list, with the genesis of the Statham we all know and love today carved out in the undemanding adventure that sat back and let the leading man do what he does best.