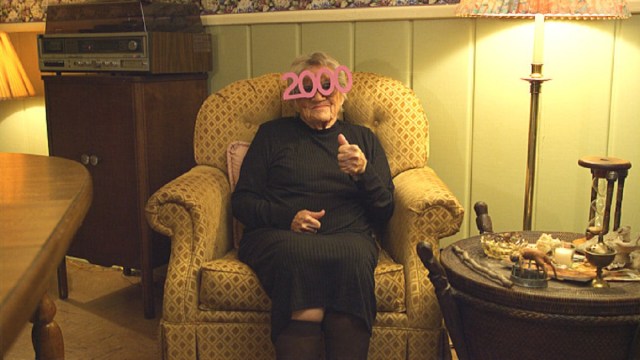 Certain things are just better in October. Pumpkin spice, pumpkin beer, pumpkin pie, pumpkins. Beyond the beloved orange gourd, one of the most underrated things that simply get exponentially better in October is Shudder, the streaming service devoted solely to all things horror and supernatural fiction, which quite obviously makes the spooky season its time to shine.

Shudder is an over-the-top streaming service owned and operated by AMC. It got its start in 2016 and has since produced an impressive library of original movies and television shows. You could argue that horror remains one of the most vital genres in movies, consistently creating new and original stories, and Shudder is certainly at the forefront of that pursuit.

So, with that thought in mind along with the fact that Halloween is just around the corner, we have ranked the ten best Shudder Originals from the least best to breaking the records of epicness.

The Sadness is an absolutely gnarly movie. The squeamish need not fire this one up, as there are more than a handful of scenes that may be unwatchable to those who can’t handle a certain amount of blood and gore.

In case, you are still reading it means you are into this kind of thing. This Taiwanese movie is a play on the classic zombie genre, but instead of a disease turning people into undead brain-eaters, this disease makes people gruesomely murder each other. If that sounds a bit absurd, it kind of is, but this is a horror movie, after all. It is smart to leave logic at the door. Canadian filmmaker Rob Jabazz is able to sidestep an absurdity to create something horrifying and original, even if it might test your stomach a bit.

I want to acknowledge something right off about 2020’s Host: it really could have, and arguably should have, sucked. A movie whose conceit is so heavily based on the time and place it was made — 2020 during the COVID-19 pandemic — should have a very short shelf life. And, in some ways, this does.

A horror movie taking place entirely on a Zoom call is not going to make much sense to people in ten years and would have been alien ten years ago, but Host, directed by Rob Savage, finds a way to be both scary and interesting despite its high concept plot. One of the reasons this might be true is because of its 56-minute run time. Now, we know what you are saying, 56 minutes sounds like an eternity for a zoom call. In that, you would be correct, but for a movie like Host, it is the perfect run time to include a few genuine scares.

Mayhem is actually quite close to the previously mentioned The Sadness in set-up, even if it is far different in execution. Mayhem tells the story of an airborne virus (in 2017 no less!) where the infected get a visible red eye and experience a sudden loss of all morality, allowing them to act like the monsters they always were. Directed by Joe Lynch and starring Steven Yeun and Samara Weaving, this movie is about bloody vengeance as the two protagonists finally enact revenge against the ones in power who misused their position.

Vicious Fun is one of those movies where each of its characters kind of knows they are in a horror movie and acts accordingly. Joel, or the de facto hero, is actually a horror movie expert, meaning he not only knows the tropes and cliches but is incredibly well-versed in them. Nothing will surprise him about what is about to happen, which means he is the perfect person to helplessly stumble upon a murderer self-help group filled with the kind of sickos we’ve seen throughout horror movie history. It’s a little bit corny at times, but if you are the kind of person who scrolls through Shudder every night of the week (and not just in October) you will enjoy this playful send-up and may even recognize yourself in Joel.

This 2019 Guatemalan-language film was directed by Jayro Bustamante and is quite different from the 2019 movie by the name of The Curse of La Llorona. While the former is part of the ever-expanding Conjuring universe, this movie is far more serious and thoughtful fare, taking an art house approach to the subject in a way that brings to mind some of the other elevated horror of the time. La Llorona concerns itself with the infamous Hispanic-American mythical vengeful ghost of lore but injects the story with the specific politics of 80s Guatemala, giving it new life and making the scares that much more palpable. Critics widely praised the film, especially in comparison to the much more basic and schlocky American version from the same year.

The V/H/S/ series has been going strong for some time now. Starting with the original V/H/S/ back in 2012, an anthology horror movie framed by found-footage stories, the series has since birth five more movies, including the latest, set in 1999. Since this movie tells five different stories — along with short stop-motion interludes which pop up through the movie — there is little I will divulge about the plots themselves, but it is safe to say that this is one of the better entries into the series. That is evidenced by the fact that it was reported that V/H/S/99 was the biggest debut and most-streamed movie in the history of Shudder. Critics also seemed to enjoy V/H/S/99, with the section directed by rapper, DJ, and producer Steven “Flying Lotus” Ellison especially praised.

One of the most popular, and at times exhausted, horror movie subgenres is the exorcism movie. I mean, when one of the greatest and most legendary horror movies of all time is literally called The Exorcist, I am not really sure where else you can go. That said, Anything For Jackson is a worthy addition and proves that there is still plenty to get out of exorcisms if you are willing to take a different approach to the genre. Directed by Justin G. Dyck, and written by Keith Cooper, Anything For Jackson tells the story of a couple of grandparents who will go to any length to keep the memory of their deceased grandchild alive, and I mean any. I am not sure I knew what the term “”reverse-exorcism” would mean before watching this movie, but the basic idea is that grandparents Audrey and Dr. Henry believes that they can inject the soul and essence of their dead grandson into an unborn child. And so, they abduct a pregnant patient of Dr. Henry’s and set to bring their abomination into the world. It goes about as well as you might expect and leads to some truly spooky set pieces.

This movie, like Anything For Jackson, takes on a familiar horror subgenre to successful results. This time, vampires are the subject on Basque filmmaker Igor Legarreta’s mind. This coming-of-age tale tells the story of an orphan in late 19th century Spain who is adopted by a mysterious woman who turns out to be a vampire and who’s seeming gesture of kindness comes with quite a catch. Aside from an interesting take on the vampire, All The Moons is notable for how well it is directed, as Legarreta clearly has an eye for an arresting shot or set piece.

Mad God is an absolutely incredible artistic achievement, a stop-motion film unlike anything you will find on Shudder or any other streaming service. Mad God comes from the mind of Phil Tippett, a lifelong visual effects supervisor and producer who has worked on such movies as Star Wars, Robocop, and Jurassic Park, an impressive CV to say that least. This, however, was his passion project and something he had been working on in one way or another for 30 years. The result is a visual feast, an experimental, savage, and endlessly fascinating movie which tracks a mysterious assassin as he descends into the underworld.

Speak No Evil may be the most grounded in reality of all the movies on this list, which is perhaps why it can be unsettling. This movie, Christian Tafdrup, tells the story of two couples, one Danish and one Dutch, who meet on vacation and strike up the kind of friendship that parents with similar aged children often do. It’s a cordial friendship at first, but then the vacation ends and they go their separate ways. That is, until one of the couples reaches out and invites them to come visit them in their home. This is where things get a little peculiar. Speak No Evil is a slow burn, so don’t expect fireworks right away, or even at all. It is instead a story about how when we allow one trespass against us it opens the door to so many more.