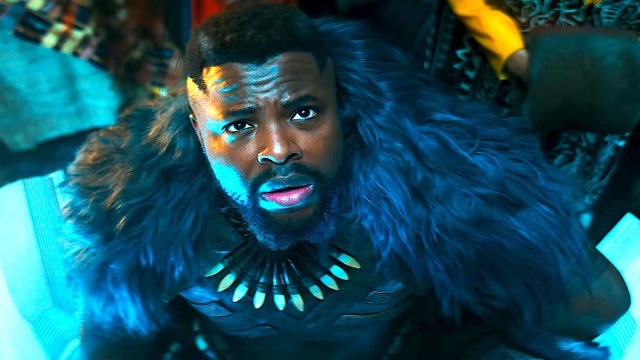 As a production defined by grief, loss, and tragedy both on and offscreen, Black Panther: Wakanda Forever is understandably less reliant on the Marvel Cinematic Universe’s signature style of humor than the majority of the franchise’s other projects.

That doesn’t mean it isn’t funny, though, with several great lines peppered throughout the script to offer some much-needed levity. As it turns out, arguably the best of the bunch was completely improvised. Winston Duke’s M’Baku is a scene-stealer from start to finish, whether he’s incredulously referring to Namor as a “fish-man” or offering unique nuggets of wisdom to Shuri, but the actor revealed that his finest one-liner was delivered completely off the cuff.

There’s a lot of dramatic, narrative, and thematic heavy lifting going on in Wakanda Forever, and M’Baku referring to Okoye as a bald-headed demon comes at exactly the right time to puncture the intensity of the scene in question. The two generate sparks any time they interact as it is, with the head of the Jabari tribe always at odds with the Dora Milaje for a variety of reasons.

Admittedly, some of the humor in the Black Panther sequel does fall a little flat as the MCU’s scattershot approach to comedy tends to do, but never when Duke is onscreen. Looking at where he ends up, we can expect him to have a much bigger part to play when the inevitable third installment is announced, so let’s hope he brings his jokes right out of the top drawer once again.