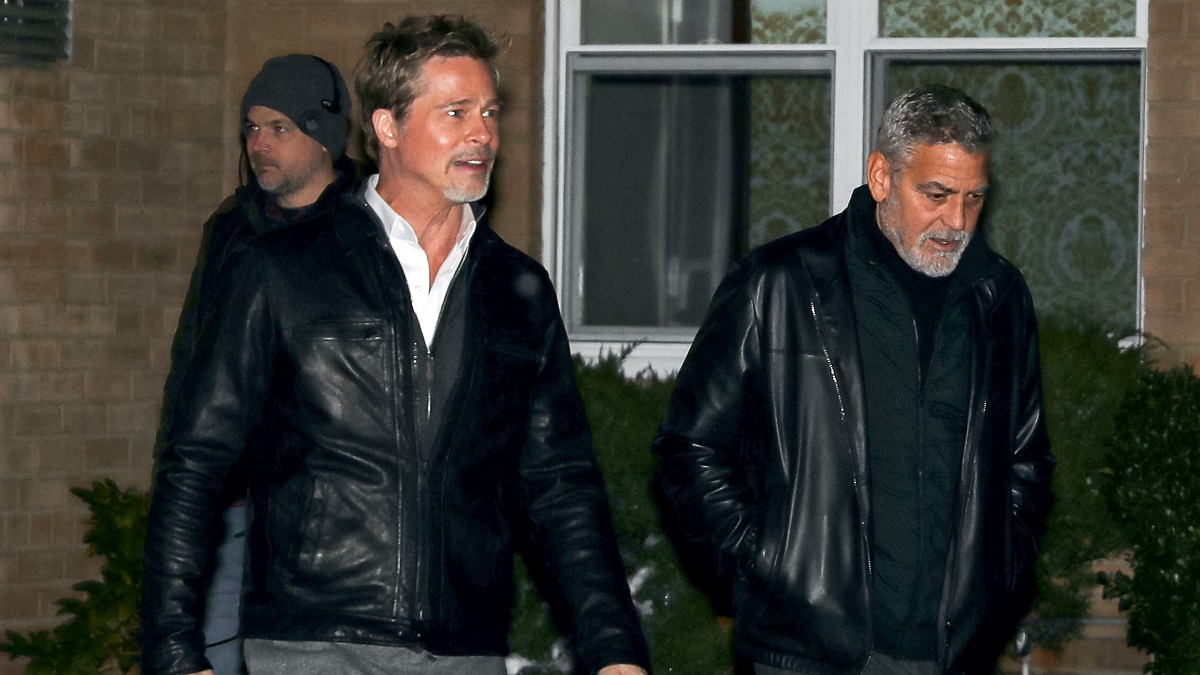 Having become one of the most in-demand filmmakers in Hollywood following the massive success of the Marvel Cinematic Universe’s Spider-Man trilogy, Jon Watts was able to write his own ticket in the aftermath of No Way Home hauling in $1.9 billion at the box office. Aiming high, he’s uniting with two of Hollywood’s biggest stars for a blockbuster crime thriller.

Studios and streamers alike were foaming at the mouth to try and secure the rights to Wolves, a two-hander that stars longtime friends, A-list icons, and Academy Award winners George Clooney and Brad Pitt as a pair of rival fixers who find themselves at odds after being assigned to the same job.

In the end, Apple TV won out, and the first wave of set photos have been making the rounds online. Looking every bit as dapper as you’d imagine given their respective reputations, the prospect of seeing Pitt and Clooney going toe-to-toe in a stylish criminal caper is reason enough to be excited for Wolves.

As for Watts, the project will mark the biggest challenge of his career so far, seeing as his only previous feature was the low budget Cop Car prior to his selection as the architect of Tom Holland’s acclaimed trio of web-slinging spectaculars.

He ended up dropping out of the MCU’s Fantastic Four reboot in favor of Wolves, but he still found the time to spearhead Disney Plus Star Wars series Skeleton Crew, but it would be fair to say dealing with Pitt and Clooney brings an entirely different set of expectations.