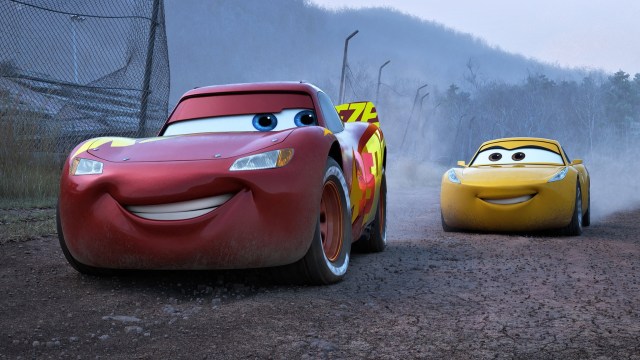 The Cars franchise features some of Pixar’s most financially successful movies and has spawned a mountain of merchandise, toys, and tie-ins. But that’s not all the Cars franchise has produced. It has also created a mountain of fan theories that question why the world is only populated by sentient cars, and today, Reddit is debating a new fan theory that asks how similar Lightning McQueen’s world is to ours.

“The Cars CIA overthrew the Cars Mohammad Mosaddegh and installed the Cars Shah resulting in a Cars Iranian Revolution and hostility between the Cars US and Islamic Republic of Iran.”

This notion proved popular, with many other Reddit users jumped into the thread to suggest their own fan theories using similar logic. One of the most popular topics for discussion was Pope Pinion IV, a car that is also the Pope. One user pointed out the universe has “a Cars pope implying a Car Jesus.” Another user added to this, pointing out that “Cars pope also has cross symbolism which implies car Jesus was crucified as well” ⏤ a fascinating concept to think about.

Another takes it one step further by noting that Pope Pinion IV is ferried around in a car that resembles the real-world Popemobile. The existence of this Popemobile means that “there was an assassination attempt on the Pope like in our timeline.”

Of course, some users took this to the logical extreme, asking if the Cars universe had a Second World War. However, users pointed out that in the Cars spin-off movie Planes, a WW2 documentary is shown, suggesting that this event is canon to the Cars’ universe without the need for fan theories.

Another user realized that this is also technically confirmed in the original Cars. The post has since changed, but originally it said, “now that I think about it, the fact the first Cars film had an old jeep, originally created because of WWII, was already a giveaway.”

It’s not just wars, either. It seems that many other cultural events happened in the Cars universe. Another user points out the existence of Fillmore the VW bus implies “there certainly was a Cars anti war movement at that time. perhaps even a Cars Woodstock and Altamont music festivals.”

Another notes that the existence of a British Royal Prince car has some slightly dark implications if their life is a mirror of the human they are clearly inspired by.

Of course, many used this opportunity to unleash a torrent of puns about historical events, showing that you can insert car-themed words into any sentence.

Cars and its two sequels are available to stream on Disney Plus along with a wide variety of fun spinoff features.