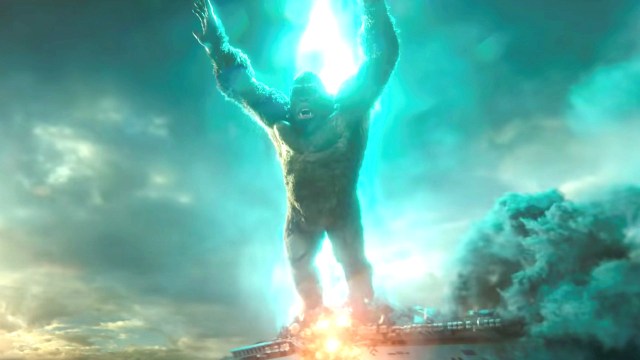 The sequel to Godzilla vs. Kong has been shooting for almost a month in Australia with Adam Wingard back at the helm, but Warner Bros. and Legendary Pictures have been doing a stellar job of keeping the project shrouded in the utmost secrecy.

Until today, the information we’ve had to go on is that Dan Stevens will play the lead role, and the story will pick up after the events of the MonsterVerse’s previous chapter, where the two iconic Titans went head-to-head and left a trail of destruction in their wake before parting ways in fairly amicable fashion.

However, Warner Bros. Discovery has dropped some brand new casting and story details, with a couple of MonsterVerse veterans set to return alongside a raft of fresh faces. Rebecca Hall, Brian Tyree Henry and Kaylee Hottle are back, with Shang-Chi and the Legend of the Ten Rings breakout Fala Chen boarding the ensemble alongside The Batman‘s Alex Ferns and Taika Waititi regular Rachel House.

As for the plot details, they remain admittedly vague, but the Titans will be facing “a colossal undiscovered threat hidden within our world”, which makes it sound as though Wingard will be delivering on his promise of diving deeper into the Hollow Earth.

The still-untitled Godzilla vs. Kong sequel also marks the first chapter in the MonsterVerse that doesn’t have Max Borenstein on writing duties in some capacity, with the screenplay currently being credited to Pirates of the Caribbean alum Terry Rossio, Moon Knight showrunner Jeremy Slater, and Wingard’s frequent collaborator Simon Barrett.