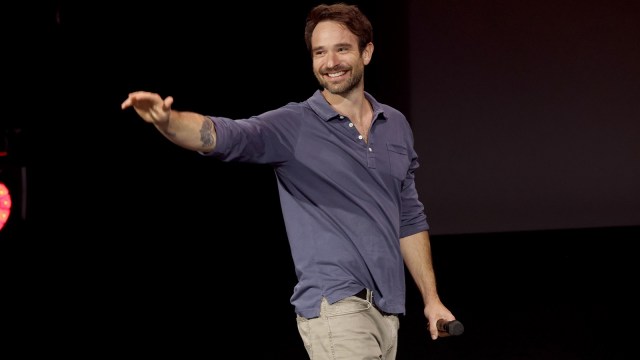 Charlie Cox has already been part of a superhero team before, but after confirming that Daredevil: Born Again marks a completely fresh start for the Man Without Fear, we can assume that the version we first met in Spider-Man: No Way Home might be more used to fighting on his own.

Of course, the Marvel Cinematic Universe has not one, but two massive Avengers epics on the way, with The Kang Dynasty and Secret Wars landing only six months apart in 2025. Given that anyone who’s anyone showed up for the final battle in Endgame, we’d be willing to wager that the Devil of Hell’s Kitchen will be popping up in at least one half of the two-parter.

Proving once again that he’s got this secrecy thing down pat, the actor could only flash a wry smile while being interview by ComicBook at the D23 Expo, with his only response finding him questioning whether or not the person asking the question knew more than he did.

Based on how heavily hyped Jonathan Majors’ Kang the Conqueror has been already, never mind the fact there are countless variants of the cosmic warlord capable of showing up at any point, you’d think Daredevil’s heightened senses and near-predictive powers would come in handy to keep Earth’s Mightiest Heroes on their toes.

The MCU has shown that there’s a superhero on every corner in New York City, so it wouldn’t be a bad idea for the next leader of the all-star squad to take a leaf out of Deadpool 2‘s book and simply start holding open auditions.