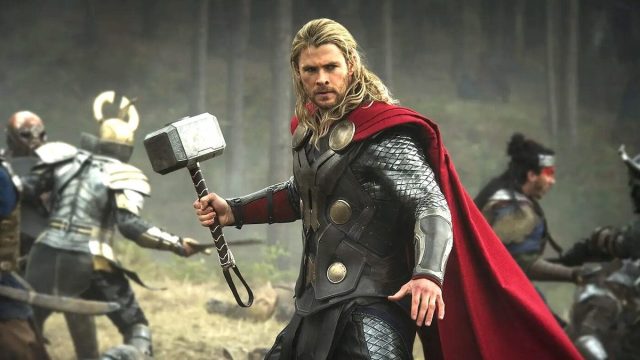 Chris Hemsworth has held the role of Thor for some time now, though the Aussie actor may not see it as his most important; that would be reserved for his role as a father.

The star shared some never before seen images of his daughter on set with almost a decade having passed between each image. Hemsworth’s eldest child India Rose was born in May 2012, and here, the young girl looks up at her father as he stands against a green screen, on the set of Thor: The Dark World which was released in 2013. The second image shows both him and his daughter on set for Thor: Love and Thunder. Of his now 10-year-old daughter, Hemsworth said, “she’s my favourite superhero.”

It really has been a phenomenal decade for Aussie, who through the course of playing the Odinson has also introduced both India Rose and twins, Tristen and Sasha, into the world with his wife, Elsa Pataky. Hemsworth is currently the only MCU actor to have had four solo outings, as well as appearing in all four Avengers crossovers.

The father of three has often shared videos of the escapades he and his kids get into at home, and Thor: Love and Thunder really has been a family affair for the actor, as his children and wife all have roles in the film. In fact, that’s been the case all around as Natalie Portman, Taika Waititi, and Christian Bale’s kids were also confirmed to have been featured in the film.

See if you can spot them in Thor: Love and Thunder, in cinemas now.