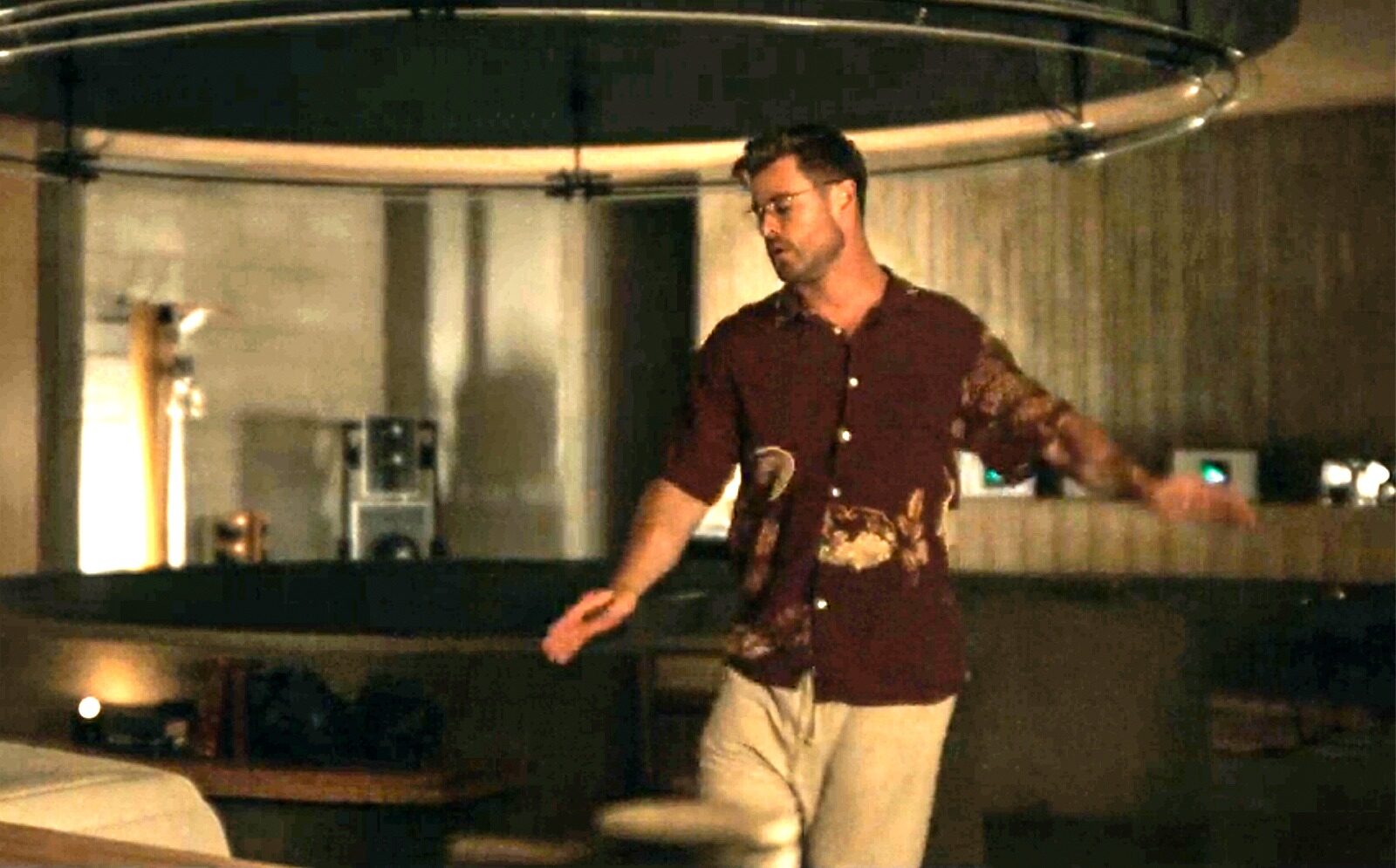 Perhaps the most surprising part of the dystopian sci-fi flick Spiderhead is Chris Hemsworth’s dance routine.

Yes, Hemsworth cuts a rug while playing Steve Abnesti, the overseer of a futuristic prison who administers experimental emotion-manipulating drugs to his prisoners. Entertainment Weekly got the scoop on how the dance came about and what portion of it was Hemsworth’s idea.

“[It] was a chance to throw people a little bit more,” Hemsworth told the mag. “[The character] is not a traditional hero nor a traditional villain, but you often don’t get to see what those individuals do in their spare time. And this was, I think, a little doorway into his private life and his world, which then made everything else he was doing seem even more complicated.”

The dance wasn’t choreographed or planned much at all by the production staff, so we can assume that those moves, for better or worse, came from Hemsworth. He’s no stranger to cinematic rug cutting, as the films Ghostbusters and Bad Times at the El Royale can attest.

“I’m building up quite a library of impromptu dance sequences in my cinema . . . I’m a self-admitted bad dancer and I enjoy taking the piss out of myself.”

He also picked the song: “More Than This” by Roxy Music, off the album Avalon. “That’s one of my favorite songs,” Hemsworth admitted, although he never “danced quite like that to that song.”

Hemsworth’s number may bring to mind another random dance from another notable sci-fi film: Oscar Isaac’s “tearing up” of the dancefloor in 2014’s Ex Machina.

Tell us which dance is better—or weirder—after watching Spiderhead on Netflix.