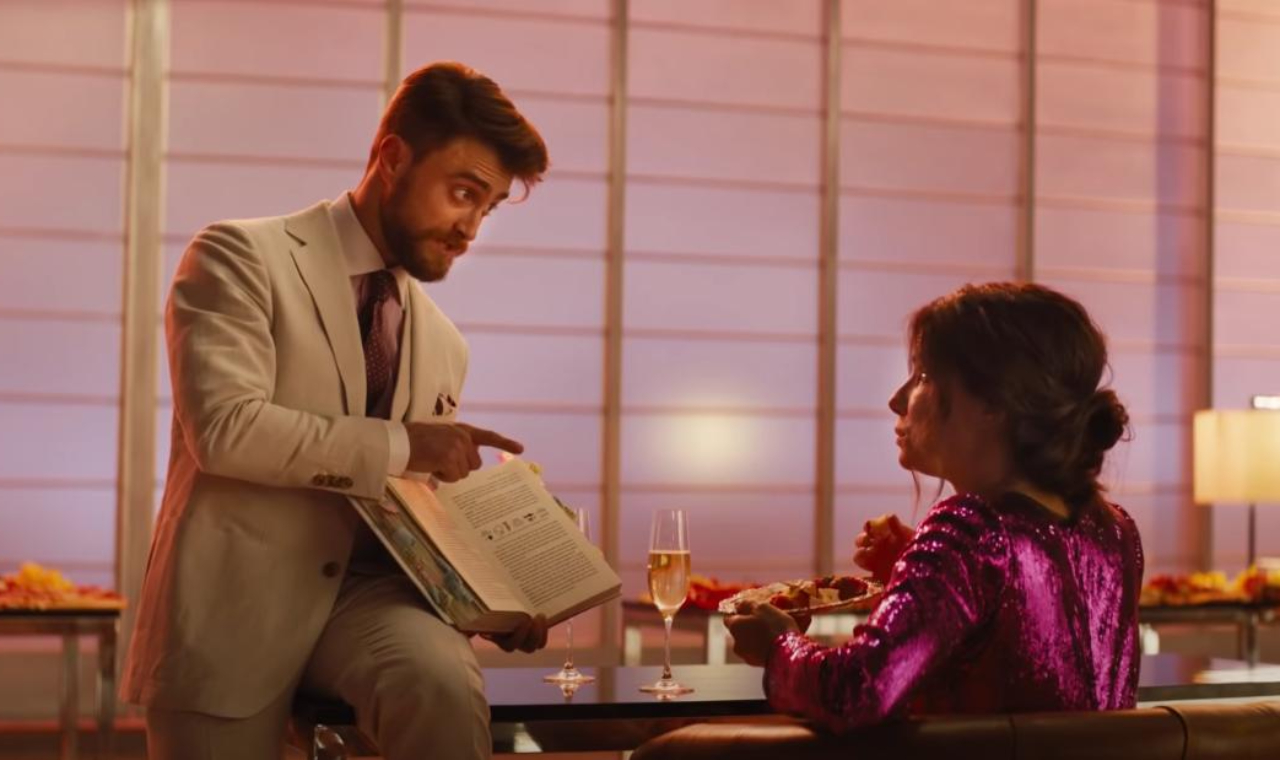 Daniel Radcliffe recently revealed that his appreciation of parody is what likely got him the job playing Weird Al Yankovic in an upcoming film and now the actor has also just shared he really liked being a bad guy in The Lost City comedy.

It was a huge amount of fun. It’s weird because they worked really, really hard on this film and did quite a grueling physical shoot, and I was having a very chill time and being like, ‘hey guys, you all seem really tired.’

The one-time Harry Potter made the comments about the action-romance-adventure comedy during a recent interview with The New York Times alongside co-stars Sandra Bullock and Channing Tatum. The movie features Radcliffe as an eccentric billionaire who kidnaps Bullock’s romance novel writer, only for Tatum’s dimwitted cover model to attempt to rescue her alongside a dashing Brad Pitt CIA agent. The piece initially had an “of D” in the title which Bullock joked about and it presently has a perfect positive rating on Rotten Tomatoes as this story being filed.

We’ll find out how the fun had by these actors translated into the performance soon enough. For those who cannot make it to theaters, The Lost City with Daniel Radcliffe is expected to debut about 45 days from its premiere on Paramount Plus. Also, for those who have already watched and loved the film, Bullock had such a good time doing the piece she has indicated that she would even return for the right sequel.