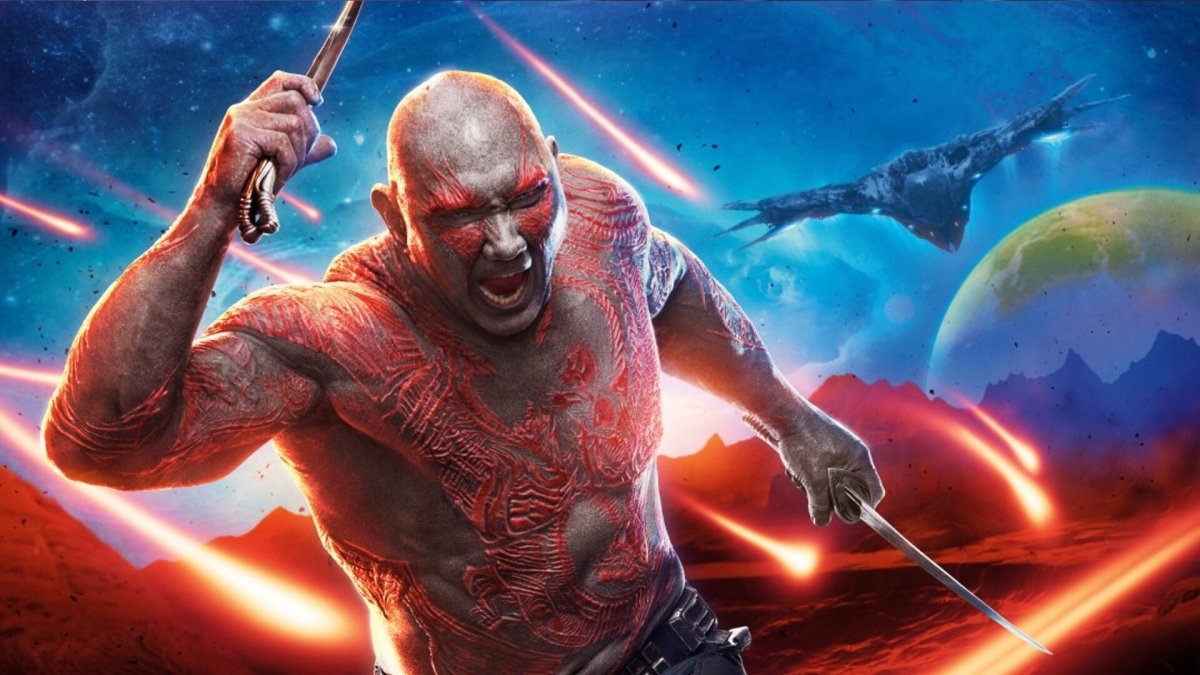 It’s been an open secret for a while now that Guardians of the Galaxy Vol. 3 will likely be the final MCU outing for Dave Bautista as Drax the Destroyer, but now the Glass Onion star is making headlines about the topic all over again after his surprisingly candid comments on why he’s done with Marvel. The actor has admitted that he’s feeling “relief” over leaving the franchise behind as he’s no longer interested in giving what he calls “silly” performances.

In other words, it’s pretty conclusive that Bautista won’t be back beyond the incoming threequel. So this has gotten us to thinking… does that mean Drax will die in May’s Marvel blockbuster? That would certainly be the most definitive way of closing the book on his MCU career. So is this what writer/director James Gunn has planned for Vol. 3? Should we already start stocking up on Christmas elves and zargnuts to honor him by? Let’s take a look…

Could Drax die in Guardians of the Galaxy Vol. 3?

For starters, could Drax die in Guardians of the Galaxy Vol. 3? Well, yes. Easily. As we saw from the trailer, there’s a pronounced bittersweet tone to this outing for the cosmic crew, which isn’t surprising considering we know this is the final time that we will see the original Guardians lineup unite in the MCU (Marvel isn’t ruling out a reboot at some point, but that’s yet to be officially announced).

This means the odds are distinctly high that at least one of the team will bite the bullet. Gunn loves breaking our hearts by killing off characters he’s just made us care about — from Adult Groot in the first Guardians to Yondu in Vol. 2 to Rick Flag over in DC’s The Suicide Squad. So there’s no reason to suspect he’ll say goodbye to his favorite trope as he sends the Guardians off into the horizon.

As for the chances of Drax dying, specifically, there is that worrying moment in the trailer, where Gamora and Mantis are shown propping up an injured Drax who appears to have received a nasty chest wound. Given that this is being featured in promotional materials so early, it’s probable this isn’t as spoilery as it looks, but you never know. It could be a smart bit of anti-misdirection.

OK, so he could die… but should he?

So, fine, we’ve established that Drax physically could die in Guardians 3. But perhaps the better question is… should he? Would this really be the best way to conclude his MCU arc? Well, to be honest, it might be, actually.

It’s no secret that, as brilliant as Bautista is at the comedy material he’s been given, Drax has devolved as a character somewhat since he was introduced in 2014. Although initially portrayed as a fierce warrior with a tragic backstory, Drax has morphed into the gang’s resident comic relief, something exemplified by his role in the recent Guardians of the Galaxy Holiday Special. In fact, Bautista himself has admitted having regrets over how Drax has been handled in his later appearances.

Taking Drax back to his roots and restoring his gravitas in Vol. 3 might be the finest method of rescuing his character, then. He was introduced as the last surviving member of his family, fueled by vengeance for the loss of his wife and daughters. Perhaps his exit storyline should see him sacrificing himself to save his found family, allowing him to finally reunite with his lost loved ones. It’s not hard to imagine that being the most heart-wrenching death in a Gunn film yet.

Having said all that, the big money has always been on Rocket being the team member not to make it out of this one alive, and is Gunn really so mean as to kill off two Guardians? Who are we kidding… yes, he definitely is.

Guardians of the Galaxy Vol. 3 opens in theaters on May 5.