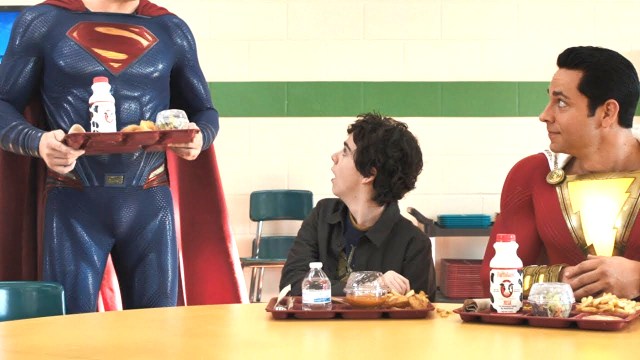 Nobody really knows what’s going on with Henry Cavill’s future as part of the DCEU besides the actor himself and the top brass at Warner Bros. Discovery, but that hasn’t stopped voluminous amounts of rumor and speculation from emerging online on what feels like an almost-daily basis.

What we know for sure is that The Witcher alum hasn’t suited up as the franchise’s canonical Kryptonian since Joss Whedon’s Justice League reshoots wrapped in the summer of 2017, meaning he’s been absent for half a decade already. Not only that, but Cavill was first announced as the star of Zack Snyder’s Man of Steel way back in January 2011, meaning he’s made a paltry three appearances in close to a dozen years under contract.

We saw a faceless version of the iconic comic book favorite in both Shazam! and Peacemaker, while rumors abound that it’s poised to happen again in Black Adam. Should that turn out to be the case, then that would put the stand-in level with Cavill in terms of DCEU appearances, leading fans in a since-deleted Reddit thread to ponder if the unofficial double is the new Kal-El.

Dwayne Johnson keeps getting everyone’s hopes up for Cavill’s return, and it would be an understatement to say there was backlash when The Rock’s Superman-related trolling turned out to be nothing more than hype for a post-credits scene tacked onto DC League of Super-Pets, but there’s still plenty of time to set things right and give the people exactly what they want given that the A-list megastar is poised to launch a brand new age of storytelling within the universe.