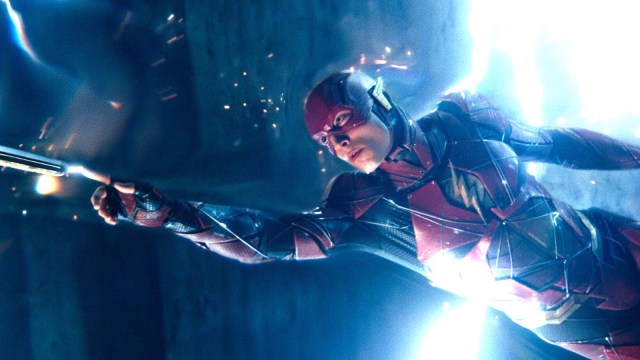 There are many reasons to be worried about The Flash movie, and most of them involve its leading star, Ezra Miller. The Justice League actor finally appears to be taking a turn towards the better in the wake of months of increasingly troubled behavior, with Miller publicly announcing that they’ve begun seeking professional help. If Miller can get their act together over the following year, maybe the Scarlet Speedster’s solo movie could actually go by without a hitch.

But it turns out that DC fans have another major concern with the film that actually has nothing to do with Ezra Miller. Barry Allen has one of the best rogues galleries in superhero comics, but in actual fact, it doesn’t seem like director Andy Muschietti’s effort will feature any of the Crimson Comet’s traditional villains. In fact, in a surprising twist, the only foe confirmed to appear to date is Zod, with Michael Shannon reprising his role from Man of Steel.

There is some kind of method behind the multiversal madness, however, but to explain that we need to get into spoilers. So look away now if you don’t want to know any plot-details about the movie… We’re aware that Miller will actually be pulling double duty in The Flash as the DCEU’s Barry will come up against an alternate version of himself, believed to be the main antagonist of the piece. The fact that Miller plays two roles is a big part of why reshooting their scenes was never an option.

Even with this twist — which, in itself, is controversial — it’s fair enough that fans aren’t thrilled by the idea of none of the Central City hero’s regular band of rogues appearing in the film. Having Reverse-Flash show up, for instance, instead of an Evil Barry would’ve gone down a lot better with the fandom.

With The Flash already coming under so much scrutiny, it’s going to be a long year until it — presumably — hits theaters on June 23, 2023.