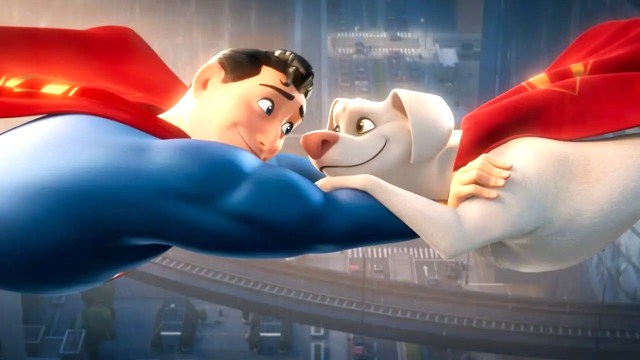 Based on the number of titles to have exploded out of the box office blocks this summer, we can officially rule out the pandemic as an excuse for any movie enduring a disappointing opening weekend. With that in mind, DC League of Super-Pets should really be performing a lot better than it is, given the A-list talent and recognizable characters slapped all over the marketing.

The latest estimates have Jared Stern’s well-received costumed caper on course for an opening weekend in the $22 million range, and while that’s fine for an animated flick that isn’t already part of an established franchise or backed by a powerhouse studio like Pixar or Walt Disney Animation, it’s still got to be viewed as a disappointment internally.

After all, the world’s biggest and most popular star Dwayne Johnson voices lead canine Krypto, with support coming from Kevin Hart, Kate McKinnon, Marc Maron, Jameela Jamil, Olivia Wilde, Daveed Diggs, and Jermaine Clement to name but a few, the vast majority of whom are voicing DC Comics figures recognizable all over the world.

That’s without even mentioning John Krasinski’s Superman or Keanu Reeves’ Batman, with the latter slice of inspired casting alone surely enough to entice skeptics to the theater. One positive is that the $90 million budget makes DC League of Super-Pets one of the cheaper animated blockbusters to come along recently, so it doesn’t have to fly as high to turn a profit.

Still, we were expecting better given the strength of the superhero genre, the top-tier heroes, and the raft of famous faces.