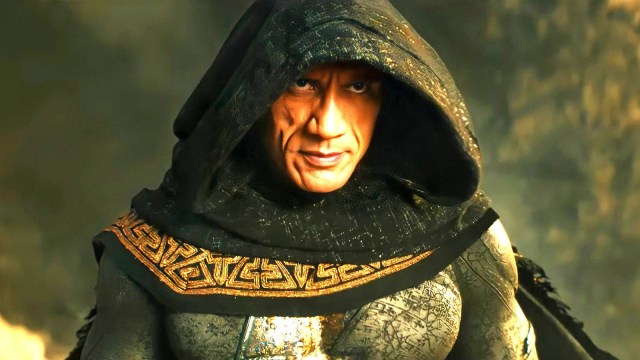 The enduringly popular actor’s delight at the opportunity, and overall hype for the project was well-known in the lead-up to its release, but audiences aren’t quite as stoked on the film as Johnson may have hoped. Its ratings are middling, at best, with quite a few negative takeaways tossed onto major review aggregation sites like Metacritic and Rotten Tomatoes. There, critics and audiences praise the film for some of its more thrilling action sequences with some additionally praising Johnson’s performance, but the negative takeaways far outweigh the positives.

There is a clear culprit behind this, if you take redditor clutchkweku at their word. They recently posted to the official DC cinematic subreddit with their Black Adam takeaway, and made a very specific request for the potential — but unlikely — sequel.

Noting that they had just polished off their first Black Adam viewing, clutchkweku requested that the sequel veer away from leaning on the talent of “the Rock’s writers.”

Commenters were quick to agree, but they noted a major issue in clutchkweku’s request. Namely, as the top comment points out, that Johnson rarely “signs a contract that doesn’t allow his writers to be involved.”

Sticking to the same tried and true writing team has its perks and its downsides, as noted by commenters. His team of writers ensure that the Rock is always portrayed as the biggest badass on screen, and lean into his most prominent talents to ensure that he always delivers a solid performance. But solid doesn’t always equal good, and some people are starting to get tired of the same general movie featuring Johnson in slightly different costumes.

Several commenters pointed out that sticking to the same writing team is the main culprit behind Johnson’s issue with stagnant films. If Johnson never allows himself to portray anyone but the tough and charming badass, audiences will never know if he has the range to do more. As some people pointed out, however, “limiting himself makes [Johnson] more money. If he’s the unbeatable big tough guy, he’ll always be viewed as legitimate and rule Hollywood action movies!”

The potential for a bigger payday doesn’t help audiences, unfortunately, and Johnson’s dedication to remaining in his comfort zone is starting to sour even his longtime fans. While many noted that it can at least claim better quality than Morbius, Black Adam is essentially “10 action scenes in a trench coat, pretending to be a movie.”

If Johnson hopes to see his superhero career continue, he might need to learn some flexibility when it comes to his roles, and the team behind them. There is a lot of competition in the superhero genre, and Black Adam simply isn’t up to snuff.