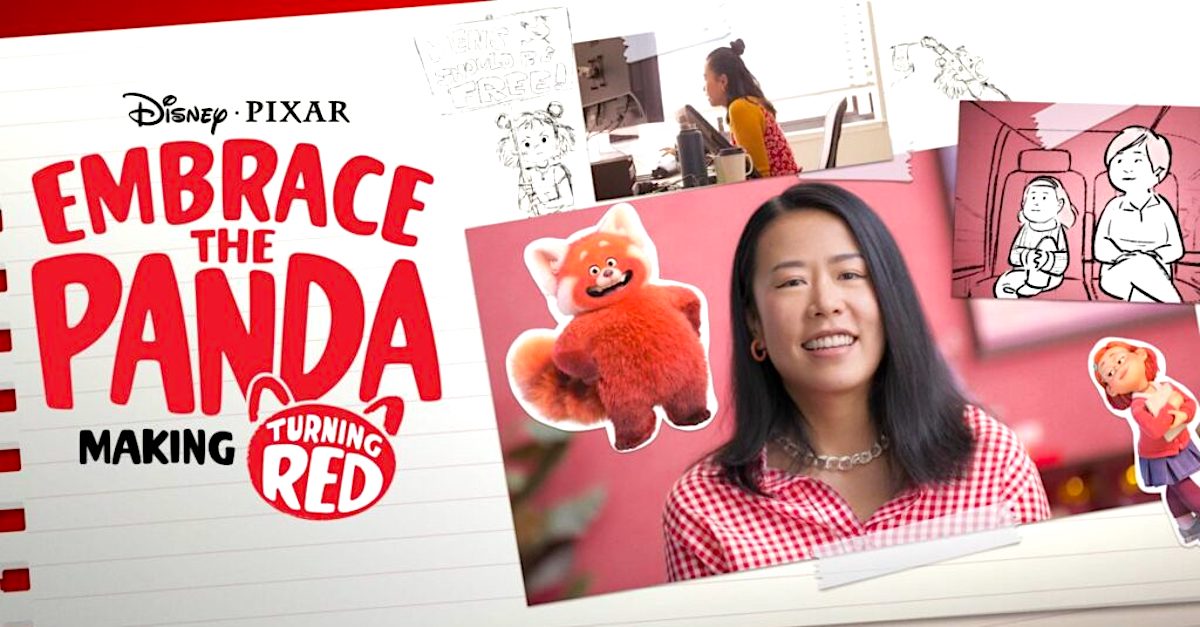 Fans of Disney and Pixar’s newest feature film Turning Red are in for an even bigger treat. The streaming service announced Monday that a making-of documentary titled Embrace the Panda is now available to stream on its platform.

Directed by Domee Shi and featuring the voice talents of Sandra Oh and others, Turning Red has racked up rave reviews for its delightful spin on the classic coming-of-age tale. Now fans can get an even deeper look into the world of Meilin and her squad of stellar friends.

“Journey with Pixar’s first all-female leadership team as they create a movie about growing up and embracing your inner panda,” the documentary poster reads.

The behind-the-scenes look follows director Shi, producer Lindsey Collins, visual effects supervisor Danielle Feinberg, and production designer Rona Liu over the last half decade as they work to bring the film to life. “We’re gonna be spending four-five years of our lives on this ⏤ we gotta go big!” Shi said excitedly in the official trailer posted on Disney Plus’ Instagram account.

Turning Red is an animated adolescent adventure centered around the themes of puberty and family dynamics. Shi shared a bit about the backstory in trailer for the documentary, which promises to be as funny and refreshingly honest as the film.

“When I started this movie, I was determined to make something different. The red panda is basically a metaphor for growing up and how that transition happens. The film is very personal to me, it was very much inspired by my own life. It’s been a long time since I was thirteen, but I just remember a lot of highs and lows,” she said of the film’s zany antics.