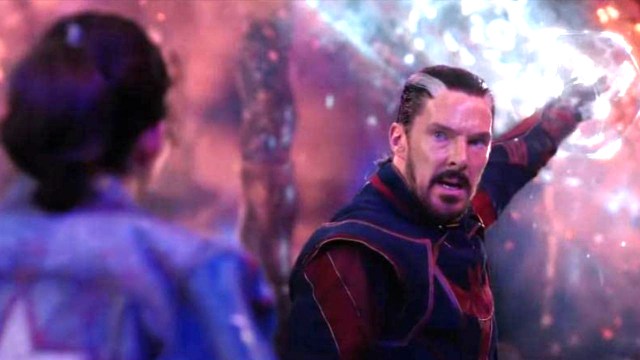 When Sam Raimi was announced to be helm Doctor Strange in the Multiverse of Madness, Marvel fans got themselves hyped for something of Spider-Man 2 proportions. As it happened, the reality-stretching sequel proved to be pretty divisive. This has led folks to ponder what the movie would’ve been like if Scott Derrickson had stuck around as director instead of parting ways with the studio over creative differences.

We don’t know all that much about Derrickson’s take on the film, but concept artist Darrell Warner has been helping to illuminate (yes, that was a vague Illuminati pun) us on how it would’ve gone down by sharing some of his unused concept pieces on social media. Earlier this week, for example, he unveiled a very different variant of Stephen Strange, who was more corny stage magician than Master of the Mystic Arts and went by the name “The Marvellous Melvyn.”

Warner has now followed that up with this gorgeous artwork depicting an alternate design for the Hong Kong Master (ultimately played by Momo Yeung in the finished film). The sorcerer was sadly somewhat forgettable in the movie, but Warner’s piece teases a much more vibrant character, complete with multi-colored hair and robes that would’ve made Strange’s own get-up look understated.

With any luck, Warner will keep posting these alternate designs and concepts so we can slowly build up a fuller picture of what Derrickson would’ve delivered had he remained in the director’s chair. As with 2016’s Doctor Strange, the Black Phone filmmaker was developing the script with frequent collaborator C. Robert Cargill, but Marvel started again from scratch once he vacated the project. In Cargill’s place, Loki showrunner Michael Waldron was brought on to work with Raimi.

There must be some other Earth out there, though, where Derrickson ended up directing the Doctor Strange sequel.