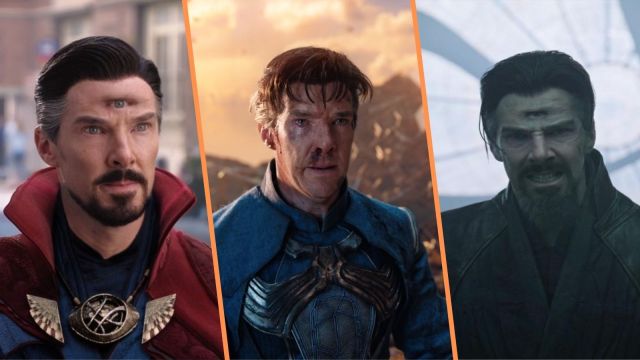 Doctor Strange in the Multiverse of Madness opened the gateway to several other universes and several different variations on beloved characters, but there was still plenty left on the cutting room floor.

Benedict Cumberbatch has really found a groove with his portrayal of Doctor Strange, and Multiverse of Madness saw him portray four different version of his character. 616-Strange, Sinister Strange, Defender Strange, and Supreme Strange all appear across the different universes but there could’ve been more.

Concept artist Darrell Warner has unveiled a lost version of Strange which was originally to feature in the Scott Derrickson version of the script. This variant was named Marvellous Melvyn, and seems to be a version of Strange who decided against becoming a hero entirely, and went to become a travelling roadshow magician.

It’s an intriguing design and would fit in more closely in What If…? as a quick gag during an unrelated episode. The fire hydrant in the background could be a reference to America Chavez, who weas the stars and stripes on many version of her outfit in the comics.

Where exactly this would fit in to a greater plot is unclear, but it feels as if this would’ve been a comedic moment as the Master of the Mystic Arts travels through the multiverse. Cumberbatch has also voiced variants on Stephen Strange in What If…?, with the episode “What If… Doctor Strange Lost His Heart Instead of His Hands?” widely considered to be the best episode of the animated series, picking up a nomination for Outstanding Animated Program at the Creative Arts Emmys.

Strange is becoming a pillar of the Marvel Cinematic Universe, with himself and colleague Wong popping up absolutely everywhere they can. Still waiting on that Wong solo film, though.

Doctor Strange in the Multiverse of Madness is available to stream on Disney Plus.