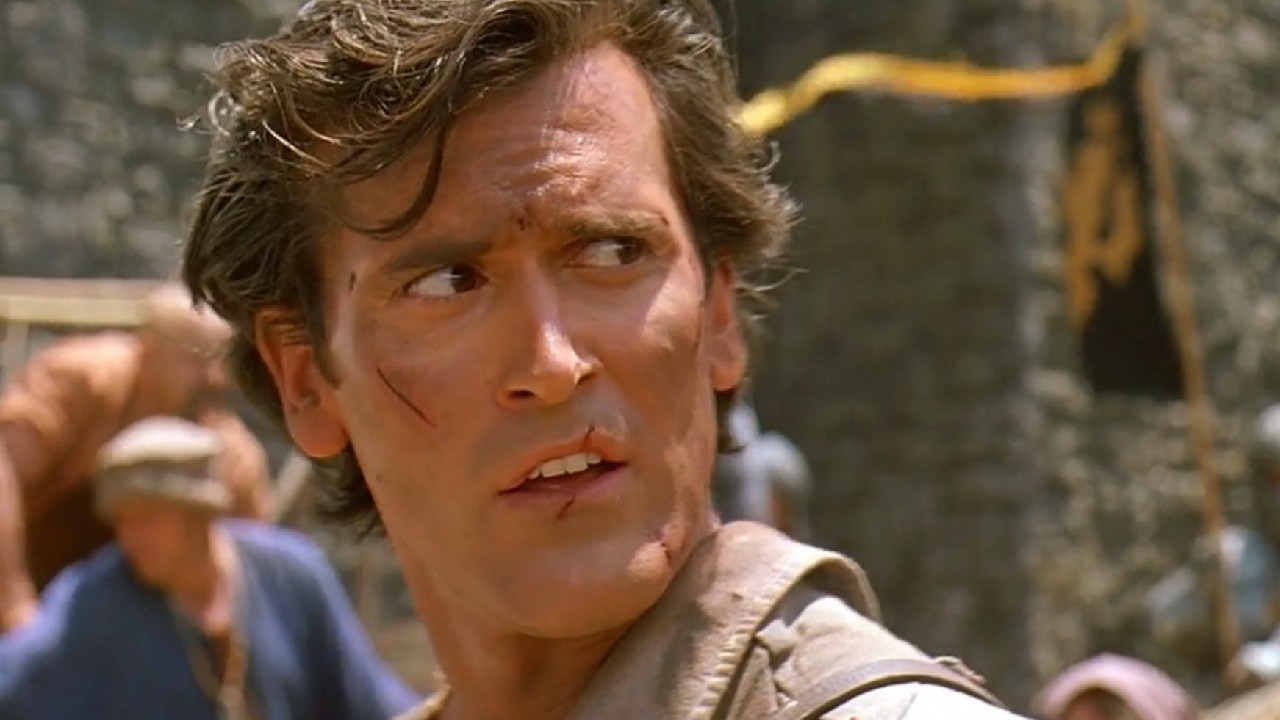 Campbell’s first movie was as the star of Raimi’s breakthrough film, 1981’s The Evil Dead, which surprisingly has a lot in common with the forthcoming Doctor Strange sequel, such as both films involving an evil book and being based in the horror genre. Warning: light spoilers to follow for Doctor Strange in the Multiverse of Madness.

As many movie fans might’ve guessed already, another thing Doctor Strange in the Multiverse of Madness and The Evil Dead have in common is that they both feature Campbell, albeit with Campbell only appearing in two very brief scenes in the Marvel film.

When asked in a recent interview with the Associated Press whether calling up Bruce Campbell was “automatic” for Raimi any time he has a new film in the works, the director replied, “Absolutely.”

When asked to describe the kind of bond Raimi has with Campbell, the director said it’s practically familial at this point.

“He’s like my long-lost brother, partner, most constant collaborator, friend. We communicate so well. He’s my actor in these movies. He’s the guy that understands me more than anybody. He’s a real problem solver, and I find him to be a brilliant comedian and somebody that will do anything to be professional and make a movie as best it can be.”

Despite having considerable thespian chops, Campbell never quite broke through to become an A-list leading man in films, something the actor now wears on his sleeve as a badge of pride. However, it’s probably for the best that he stuck to the underground, as we would never get such cult classics as Bubba Ho-Tep or The Man with the Screaming Brain without him. Campbell also recently starred in the satirical comedy Black Friday, last year, and will lend his voice to the upcoming Evil Dead: The Game.

Catch Campbell’s cameo, including the after-credits stinger, in Doctor Strange in the Multiverse of Madness, hitting theaters May 6.