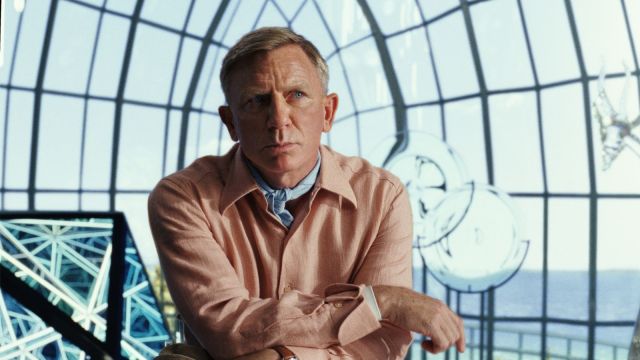 Rian Johnson channels his inner Agatha Christie yet again with Glass Onion: A Knives Out Story, a murder mystery with a ridiculously stacked cast.

Three years after the original Knives Out film wowed audiences out of seemingly nowhere, Daniel Craig’s privtae detective Benoit Blanc is back with another whodunnit he’ll need to solve. If the first film’s cast wasn’t strong enough for you, Glass Onion’s should do the trick. Featuring Edward Norton, Janelle Monae, Kathryn Hahn, Leslie Odom Jr., Kate Hudson, Dave Bautista, and Jessica Henwick, it’s a veritable who’s-who of a cast.

Given its monumental cast and Netflix planning to turn this into a franchise of its own, you may be wondering if there’s a Marvel-esque post-credits scene setting up the future.

Is there a post-credits scene?

If you’ve been holding onto your bladder for a while, you’ll be pleased to know there isn’t a post-credits sequence to worry about in Glass Onion. Just like movies and whodunnits of old, the film features no sting for the future as it allows itself to be its own story. Johnson’s respect and admiration for whodunnits really comes out in not tacking on a 21st century-style post-credits sequence.

The inner desire of studios nowadays to put one in is perhaps not the best trend of this century of moviemaking, but it’s likely here to stay. Glass Onion presents a perfect story with a beginning, middle, end, and a satisfying ending at that.

Glass Onion: A Knives Out Story sequel will see a limited theatrical release from Nov. 23 before it shifts to Netflix exclusivity a month later from Dec. 23.