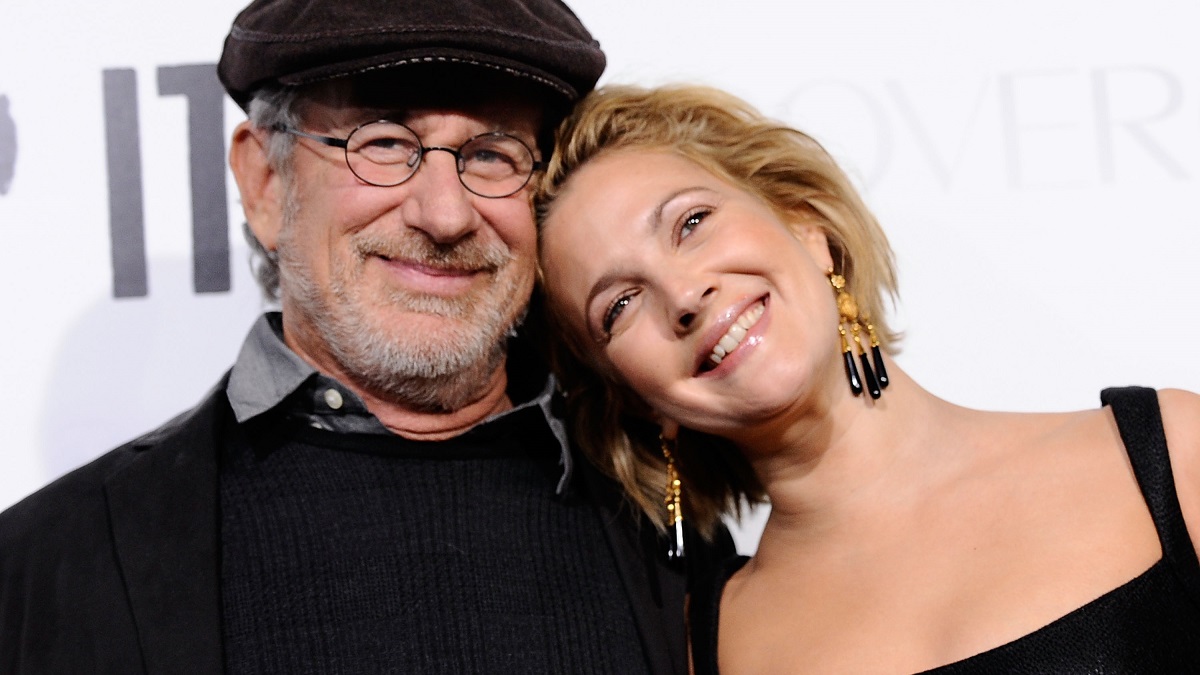 Steven Spielberg’s family classic E.T. the Extra-Terrestrial was only Drew Barrymore’s second feature film appearance, but the youngster nonetheless managed to turn heads with her performance.

On set, Spielberg was extremely protective of the young actor and ensured she wasn’t worked too hard or treated unfairly, which is understandable when the legendary filmmaker is her godfather. That kindness paid off, with the film becoming an international sensation, ensuring Barrymore would enjoy sustained success as a child star.

Now, as E.T. approaches its 40th anniversary, Barrymore’s children are the same age she was when she filmed it, so a celebration is in order, as she explained in an interview with People Magazine.

“So he’s like, ‘We’re not missing this moment with your kids. I’m like, ‘Okay. You’re right. We can’t. You’re right.’ This is very emotional and full circle. My kids are very close to the age that I was when E.T. came out. Frankie actually is at the age. She is 7, and she will just be turning 8, and Olive is 9. She’ll be turning 10. This is where I’m at, and they love Steven.”

She went into more detail on her heartwarming friendship with Spielberg in a 2021 appearance on Dax Shepherd’s Armchair Expert podcast, saying that her children love hanging out with him:

“They love him, and they love his movies, and they love that he’s so important to me, and really was there to give me energy, and protection, and opportunity, and care the way your family is supposed to. And when that was missing, he really stepped in. Now that I’m a mom and my girls are those ages. It’s so full circle and so meaningful.

When he said we need to celebrate the 40th anniversary with the girls, I cried my eyes out and it’s such a life moment and I’m so proud of where we’re all at. It just feels like such a blessing that everyone is happy, and whole, and healthy right now. This is so cool. This is life. What? How?”

Spielberg’s latest is the critically acclaimed West Side Story, though those positive reviews didn’t stop it from being a box office flop. Even so, it’s nominated for seven awards at the 94th Academy Awards including Best Picture, so some success there may see a late boost as audiences finally decide to check it out.

Meanwhile, Barrymore has announced an indefinite hiatus from acting, though she is hosting talk show The Drew Barrymore Show, an offbeat and very idiosyncratic watch in which she hangs out with her famous friends and discusses some bizarre topics. In March 2021, it was renewed for a second season, so expect to hear more on that soon.

Spielberg and producers Kathleen Kennedy and Frank Marshall are also attending a special screening of E.T. on April 21 to open the TCM Classic Film Festival, which should be a fantastic night at the movies.