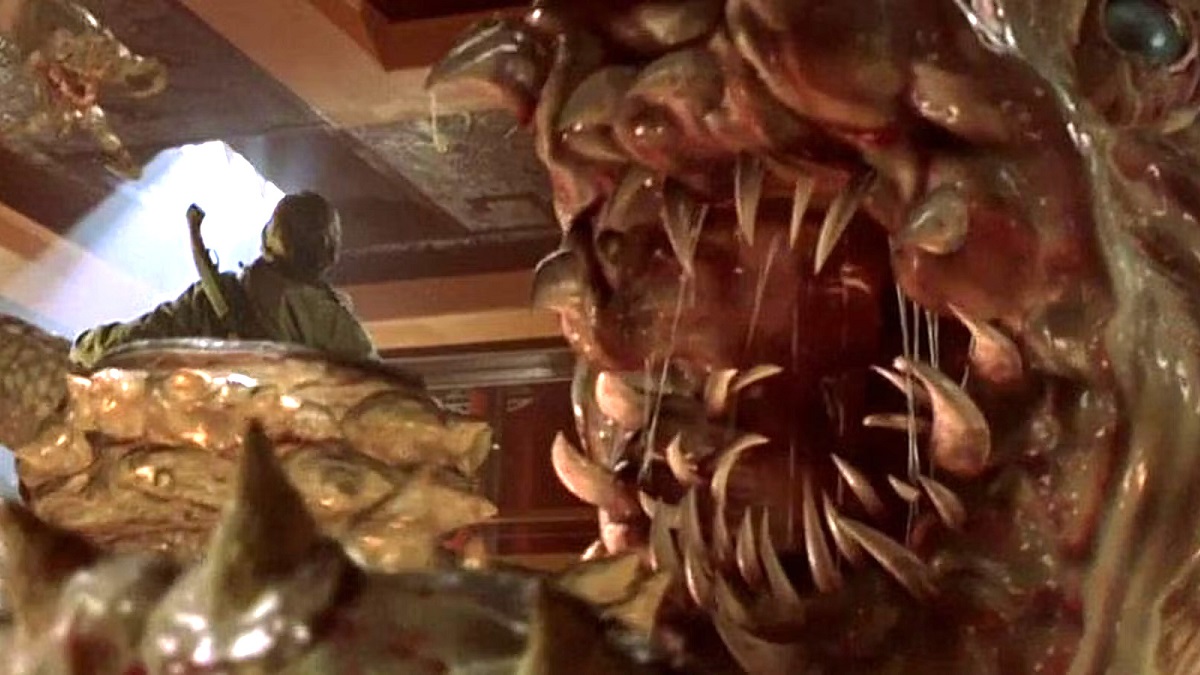 Stephen Sommers gets a lifetime pass from audiences of a certain generation for writing and directing 1999’s The Mummy, which remains one of the most beloved blockbusters of the modern era. That being said, the filmmaker’s first attempt at blending old-school thrills with cutting-edge CGI in Deep Rising didn’t go so well, but at least it was only trial run of sorts.

In what was a progenitor to The Mummy, its sequel, and Van Helsing in a way, Sommers gathered together a group of recognizable faces and plunged them into a battle for survival against a malevolent force that required them to do a lot of running, jumping, and screaming, with many of the digital gaps being filled in later.

Deep Rising saw a team of thieves that includes Famke Janssen, Djimon Honsou, Cliff Curtis, Wes Studi, Jason Flemyng and more hop aboard a brand new ocean liner on its maiden voyage, with the intention of committing an aquatic heist to rob the wealthy passengers of their shiny riches.

The only problem, and it’s a major one, is the fact the majority of the patrons and crew are already dead, and there’s a gigantic tentacled monster with an axe to grind making it a mission to eradicate anyone and anything in its path. As a celebratory Reddit thread will attest, though, Deep Rising has plenty of fans, but it was a critical and commercial disaster of epic proportions the first time around.

As well as middling Rotten Tomatoes scores of only 30 and 43 percent from critics and audiences, the B-tier creature feature with an A-list budget could only earn back a fraction of its $45 million budget from theaters. If you’re looking for high art, then Deep Rising isn’t going to scratch that itch, but when it comes to stupendously stupid camp greatness, then don’t sleep on it any longer.