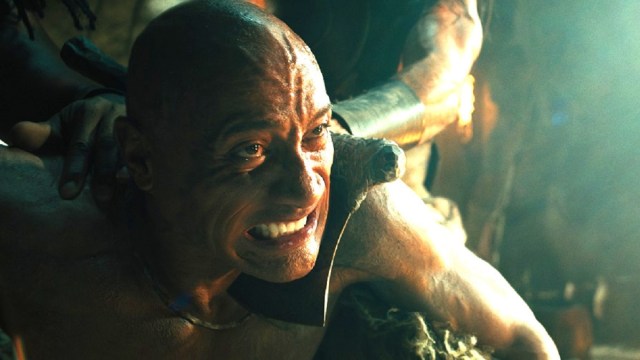 Even the most ardent of critics are beginning to believe that Dwayne Johnson might really be the savior of the DCEU after all, with the A-list superstar winning over the doubters by doing and saying all the right things when it comes to Black Adam.

The whole “hierarchy of power” shtick might have been run into the ground, but spending six years trying to accomplish something as minimal as a brief cameo from Henry Cavill’s Superman just goes to show how dedicated the actor and producer is to the goals of continuing to expand the franchise by looking into the future while respecting the past.

However, it would appear that The Rock may not have gotten around to catching James Gunn’s The Suicide Squad yet, at least if a recent red carpet interview is anything to go by. When suggesting that he’s planning on finding a way to bring longtime buddy and regular collaborator Kevin Hart into the franchise, the 50 year-old made what could be a telling flub.

Of course, Elba has already played a major role as Bloodsport in the DCEU, and has even been teasing that it won’t be too long before we see Robert DuBois back on our screens. Adding “supervillains” at the end might be an indicator that Johnson quickly realized that his Hobbs & Shaw co-star was already part of the comic book mythology, but as you can imagine, those who weren’t too keen on The Suicide Squad have already jumped on his comments like a pack of ravenous hyenas.