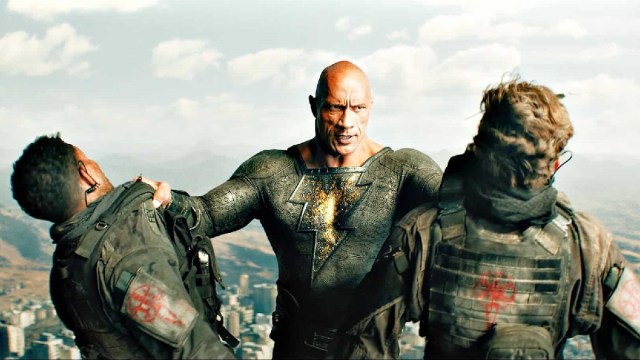 The last 14 years of blockbuster cinema are littered with the bones of would-be cinematic universes that tried to run before they’d learned to walk, such was the desperation from almost every major studio to replicate the success of what Kevin Feige had accomplished at Marvel.

A handful have not just survived, but thrived, and it’s interesting that no less than three of them fall under the Warner Bros. banner. The Conjuring Universe, the MonsterVerse, and the DCEU have racked up billions upon billions of dollars at the box office, but even Black Adam star and producer Dwayne Johnson has admitted that it’s foolish to try and play the market leaders at their own game.

Thanks to the positive early reactions, and also the confirmation of the cameo everyone had been waiting for, the A-list megastar’s long-gestating entry into the superhero sandbox is poised to deliver the goods when it explodes into theaters next weekend. However, even the man himself is fully aware that trying to muscle in on Marvel’s turf isn’t the smartest play to make.

Johnson wants to blaze his own trail, and by bringing Henry Cavill’s Superman back into the fold, he’s already off to a strong start. The Rock additionally name-dropped the Justice League not too long ago, and when you remember that there are already plans in place for various Black Adam sequels, Justice Society of America spinoffs, and the inevitable face-to-face with Zachary Levi’s Shazam, the 50 year-old has laid plenty of groundwork before his solo debut has even made it onto the big screen.