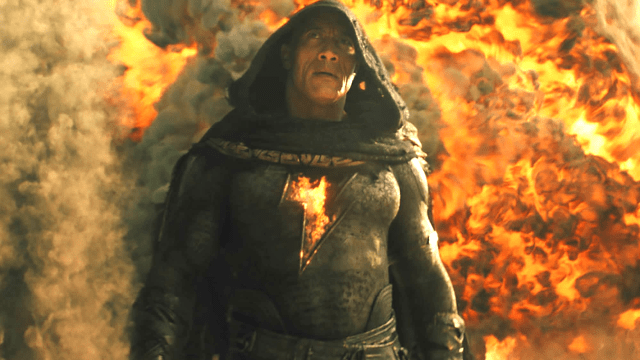 With Black Adam having officially landed in theaters, the race is on to laugh in the face of the film’s mixed reviews. That comes by way of skyrocketing its box office numbers to DCEU-saving heights—heights that Dwayne Johnson is all too familiar with.

What Johnson was not familiar with, however, was the unique aspect of his passion project that would ultimately grant him a specific set of advantages and disadvantages that not many other superhero actors can say they’ve had to field. In an interview with Entertainment Weekly, Johnson divulged how realizing the nuances of playing a live-action Black Adam took him by complete surprise.

“When I stepped onset, it hit me like a ton of bricks. I was thinking, Wow, there’s no reference to Black Adam before this. I’m the first one to bring life to this character. There are no other actors before me. So, I step onset, and within two minutes, I look up, and I see the entire JSA in full costume. Again, it hit me, like, wow, this is the first time that all of these guys have been onscreen.”

On the one hand, being patient zero for a live-action portrayal of Black Adam means that there’s no previous expectations or inevitable comparisons living in the back of your mind. That’s a luxury that was not afforded to Tom Holland’s Spider-Man or Robert Pattinson’s Batman.

It goes the other way too, of course. Whoever ends up portraying the next Morbius won’t have a terribly difficult act to follow. However, with Johnson being the first person to bring the character to the big screen, figuring out how to handle that character in such a way is akin to taking a shot in the dark. Don’t forget that Sony was all but satisfied with what Jared Leto brought to the table.

With an audience score of 89 percent on Rotten Tomatoes, it looks like Johnson is hitting the intended mark with Black Adam’s first outing either way. Those of you looking to pass your own judgements can do so by catching Black Adam in theaters now.