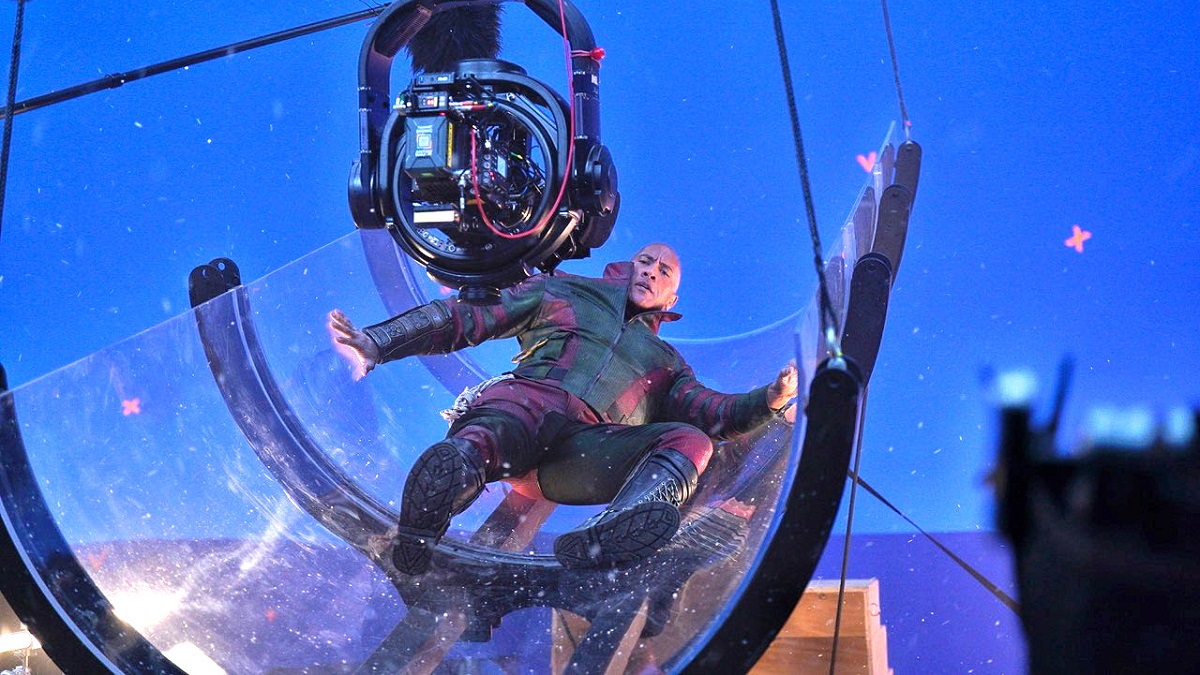 David Harbour’s Violent Night may have been winning rave reviews out of the gate, and may yet give the leading man the gift of a “sexy daddies” cinematic universe, but an even bigger star is in the midst of shooting an even bigger festive action movie, with Dwayne Johnson’s Red One currently in front of cameras.

It can’t be denied that The Rock is perhaps the biggest and most popular on-camera talent in the industry, but his track record with critics pales in comparison to how audiences feel about his filmography. That’s not necessarily a bad thing, nor does he care in the slightest given that he’s been so open about making movies for the fans first and foremost, but Red One sounds like an overstuffed mess waiting to happen.

Obviously, any project that features J.K. Simmons as Santa Claus is going to get a pass in the eyes of many, but Johnson taking to Twitter and calling his Yuletide extravaganza a combination of Miracle on 34th Street, Hobbs & Shaw, It’s a Wonderful Life, and Harry Potter all at once is enough to make your head spin, especially when it’s been developed with an eye on a franchise based around what the 50 year-old previously described as “badass Christmas lore,” whatever the hell that’s supposed to mean.

If we ignore his contributions to the Fast & Furious and Jumanji franchises for a second, Johnson has headlined precisely two live-action blockbusters in the last 12 years that have ended up above the Fresh threshold on Rotten Tomatoes, with Jungle Cruise and Central Intelligence being the films in question. That’s not exactly stellar, and the limitless cash and creative freedom being thrown at Red One could end up being much more of a curse than a blessing. Bah humbug, indeed.