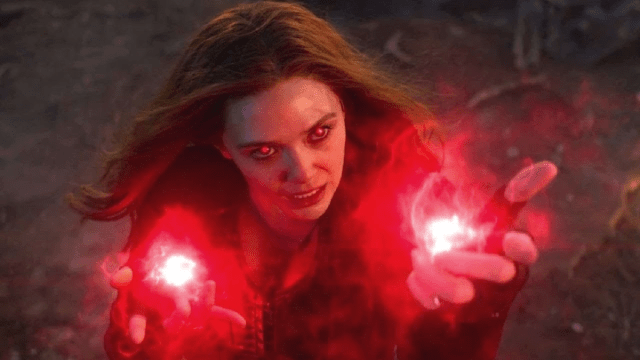 We’ve all seen the memes, tweets, and threads celebrating Wong as the MVP of the Marvel Cinematic Universe‘s Phase Four, having continued to garner his reputation as one of the franchise’s most frequent faces; in Phase Four alone, he’s made appearances in Shang-Chi and the Legend of the Ten Rings, Spider-Man: No Way Home, Doctor Strange in the Multiverse of Madness, and most recently She-Hulk: Attorney at Law.

But the more sincere side of the MCU faithful would be remiss to dismiss Elizabeth Olsen‘s Scarlet Witch as the true MVP of Phase Four, laying claim to one of the most gripping and tumultuous character arcs we’ve seen in the franchise to date.

Indeed, it was Wanda Maximoff’s entrancing grapples with grief that kicked off Phase Four in the form of WandaVision; the use of a classic sitcom ethos and its evolution as a backdrop for the emotional turmoil that Wanda had been shouldering after the death of her brother Pietro and lover Vision, was a brush of brilliance that anyone would struggle to match.

It all culminated into the tragic antagonist we saw her become in Doctor Strange in the Multiverse of Madness; having lost so much already, Wanda was forced to swallow even more upon the pseudo-deaths of her children, Billy and Tommy, during the conclusion of WandaVision. Evidently, Wanda never made it past the “anger” stage of grief, and spent the events of Multiverse of Madness doing everything in her power to find a way to bring them back, with “everything” apparently including turning the multiverse into her own personal slaughterhouse.

In an interview with Variety, Olsen expounded her experience with getting to make the shift to Wanda’s rage-induced gravitas in Multiverse of Madness, noting that it felt freeing to allow Wanda to express such palpable rage from a very tactile place.

“At least in my experience, it’s been hard as a woman to express rage. It’s one of the most amazing feelings, because it’s so specific: You can know exactly why you’re angry.”

We likely haven’t seen the last of her development either, seeing as how no one seems to be buying her supposed death at the end of Multiverse of Madness; the direction she could possibly take in the future, however, is one we could speculate on for ages.