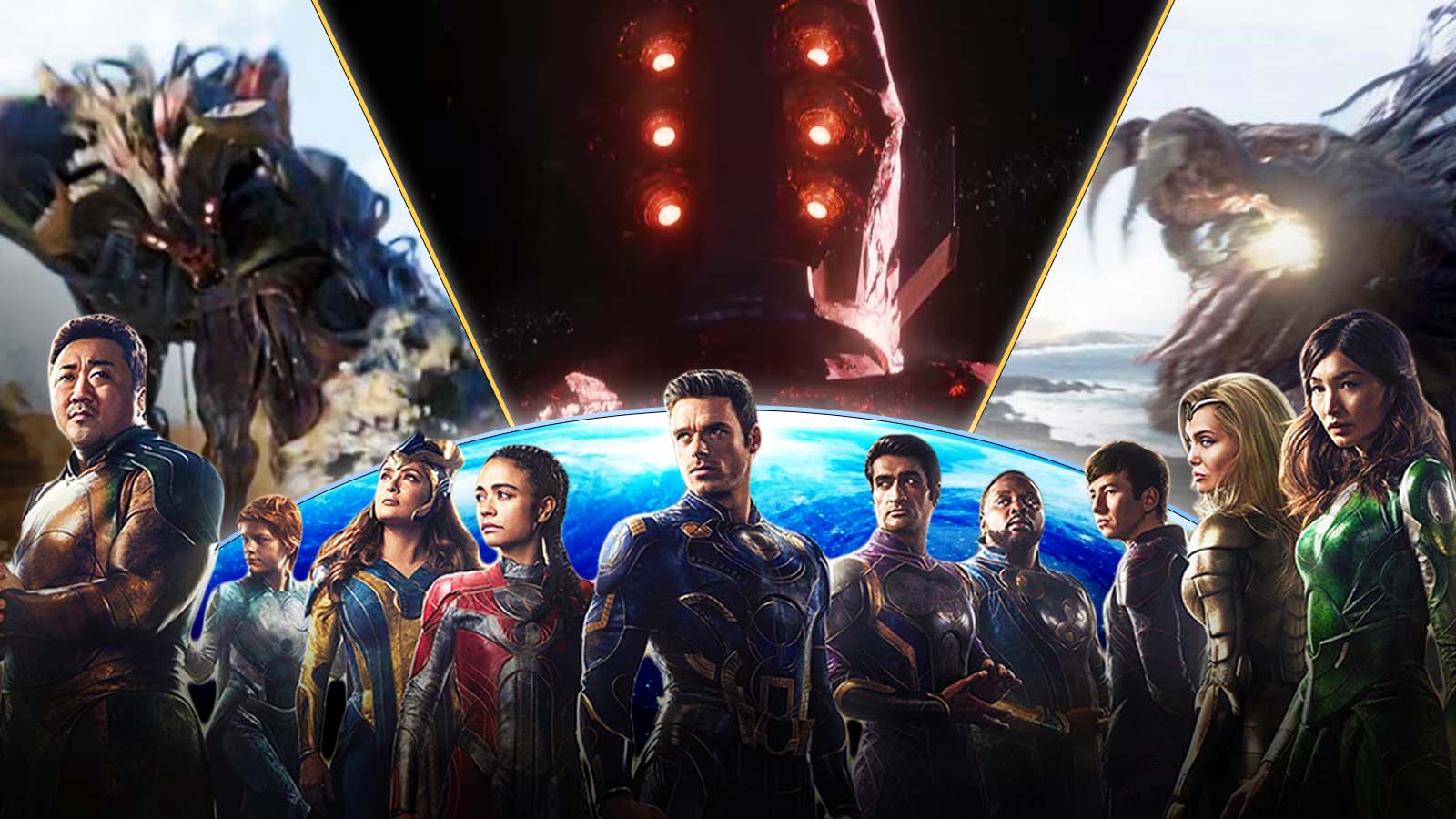 With Marvel always planning ahead, fans are wondering what will happen in regards to an Eternals sequel, as there is still no word on what will come next for the superpowered beings. One of the film’s actors is hoping that the studio will “roll the dice” on a sequel, pointing to the myriad of times it worked in the past.

It’s not that surprising that we’ve yet to hear what the future holds for the Eternals, as the film is notoriously the worst-reviewed MCU effort to date, despite not doing that badly at the box office. However, with the huge array of characters and history that can be delved into, plus the future storyline teasers in the mid-credits and post-credits scenes, there have been a lot of seeds planted for future outings.

Some rumors have been circulating on the internet (aren’t they always?) stating the sequel may follow Harry Styles’ character Starfox and his companion Pip the Troll, voiced by Patton Oswalt. Whilst talking with Comicbook about his upcoming comic book Minor Threats, Oswalt addressed the idea of seeing more Pip in the future.

“I have not heard those rumors. That would be amazing if it [the sequel was about Starfox and Pip], because it just seems to me that every time Marvel has rolled the dice on these kinds of B or C-level characters that everyone’s like, ‘Oh, who cares about them?’ That’s where they end up kind of really blossoming,”

Marvel has taken calculated risks on certain characters before; the Guardians of the Galaxy were not the most well-known figures, but with James Gunn at the helm, the team are firmly established as one of the franchise’s most popular groups. If it’s worked in the past, then Oswalt doesn’t see why it can’t work again.

“There’s Guardian of the Galaxy. I don’t know if you’ve seen the new Ms. Marvel show, but it is just an absolute delight. I mean, it’s such a great … And also, I’m a huge fan of both the Ant-Man movies. I think those are fantastic and very, very underrated in terms of a Marvel and capturing the spirit of those times. So if they did a movie about Starfox and Pip, that would be … Those would be dice I’d like to roll. Why not?”

With Harry Styles reportedly set to appear in a lot more Marvel projects in the future, Oswalt might get his wish after all.