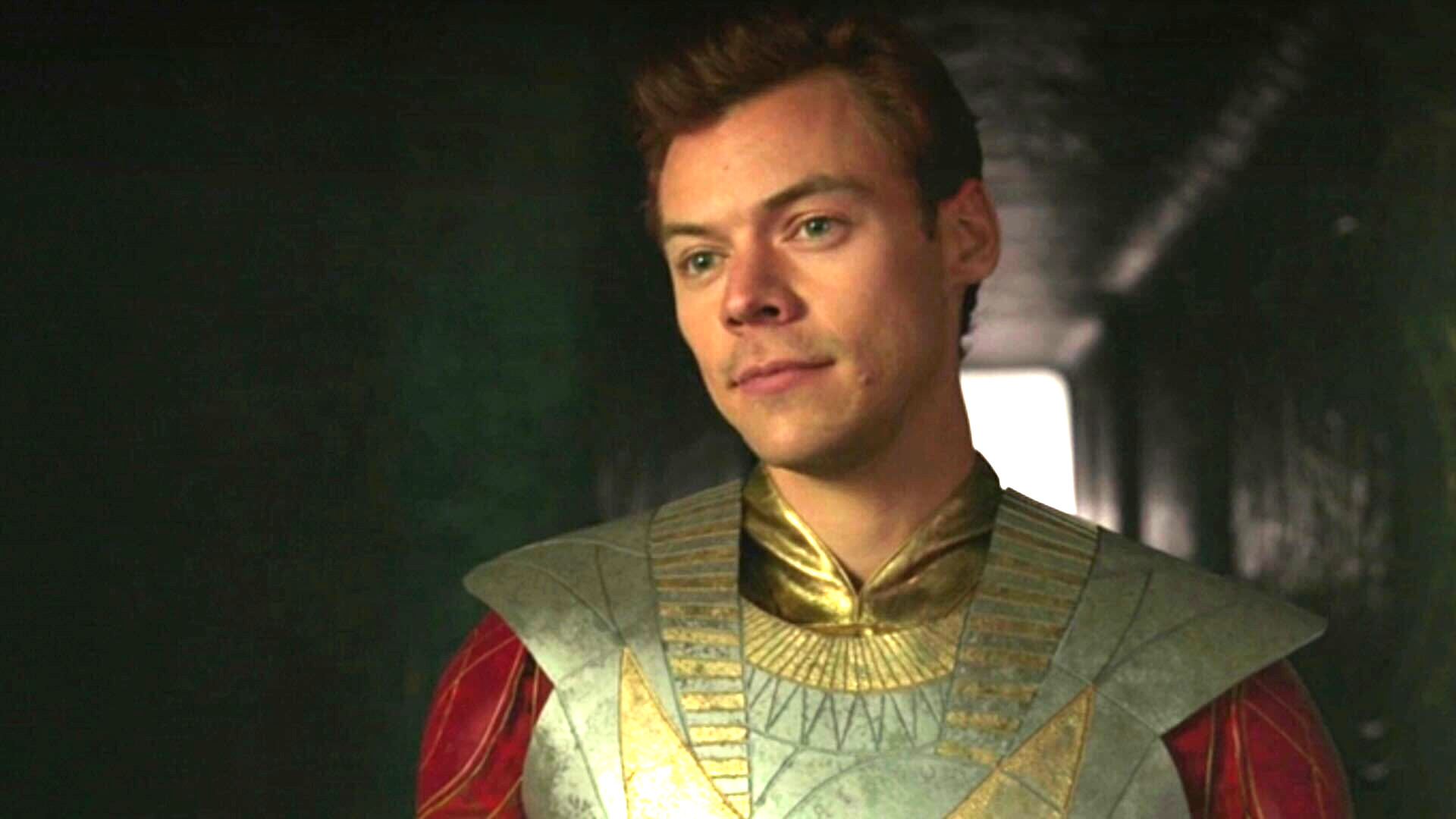 Harry Styles might’ve only had a brief cameo in Marvel’s Eternals, but it sounds like he really wanted to be part of the gang.

The ensemble superhero epic, from Oscar-winning director Chloé Zhao, introduced a host of key new characters into the franchise during its near three-hour runtime, but it couldn’t help but sneak in another with its post-credits scene, which featured Styles making his debut as Eros, an Eternal who just happens to be Thanos’ brother.

Sprite actress Lia McHugh recently spoke to Inverse, and revealed that Styles got to interact more with the cast on set than fans may have realized. The Dunkirk star actually shot a whole other sequence as Eros that ended up getting cut. But while filming this, Styles was keen to chat with his co-stars and couldn’t have been more outgoing. As McHugh recalled:

“So I was shooting the first scene, he was shooting the last which ended up being cut. But we were on the soundstage, all of us together. Every time we were on break, we would talk. He was really cool. Some actors hide in their tents and want to be left alone, which is fine. You’re working, I get it. But he was like, “What’s up everyone? Let’s come in my tent.” He didn’t want to be left alone.”

Styles’ social attitude bodes well for the sequel. Having appeared in the credits scene, Eros will no doubt play a major role in Eternals 2. Screenwriters Ryan and Kaz Firpo have previously teased that the next movie could be all about the “intergalactic rescue mission” to free Sersi (Gemma Chan), Kingo (Kumail Nanjiani), and Phastos (Brian Tyree Henry) from Arishem’s clutches. Seeing as it was Eros who told Thena (Angelina Jolie), Druig (Barry Keoghan), and Makkari (Lauren Ridloff) what had happened to them, you can bet he’ll be leading the charge.

That’s assuming that Eternals 2 gets the greenlight, of course. While the first film suffered harsh reviews from critics, fans warmed to it just as much as any MCU project, and it performed well (by the standards of the pandemic) at the box office. There’s definitely more from Harry Styles to come in the Marvel universe, then, and next time he’ll get to be a fully-fledged member of the team.

Eternals can be streamed on Disney Plus.