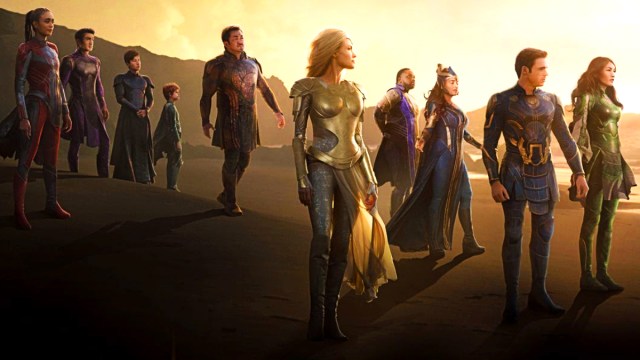 Movie stars usually refrain from making superhero films out of fear of being typecast as an action hero for the rest of their careers. For Kumail Nanjiani, however, Marvel was his opportunity to break free from the usual type of roles he was always offered.

“The biggest thing that [joining the MCU] did was knock me out of the ‘ineffectual nerd” box’ Nanjiani told The Hollywood Reporter, when questioned about Marvel’s effect on the type of career offers coming his way.

The 44-year-old actor starred in the 2021 Marvel film Eternals as Kingo, one of the near-immortal synthetic beings created by the Celestials to protect humanity from the Deviants, who eventually moves to India to become a famous actor in Bollywood movies.

Nanjiani had previously acted in action comedy movies like Men in Black: International, and Stuber, but ultimately, he shared, “I was playing versions of people I played before.”

The actor’s career took off after the 2014 HBO comedy series Silicon Valley where he played a software engineer, and the semi-biographical 2017 rom-com The Big Sick which he co-wrote and received an Oscar nomination for.

Unlike people would expect, after Kingo, Nanjiani started getting offers to play “fathers and husbands,” and not just more action roles. This could be down to Eternals director and co-writer Chloé Zhao’s vision for the film, which drifted from the usual Marvel formula, to offer a more grounded, character-driven story.

“After the Marvel thing, it’s not that I got a bunch of action offers … I just got more opportunities to play normal people, fathers and husbands and that stuff.”

Nanjiani is not done with the MCU, with the Eternals expected to return to the franchise in the future, and the actor knows exactly who he wants to share the screen with next. For now, catch him as Kingo in Eternals, available to stream on Disney Plus.