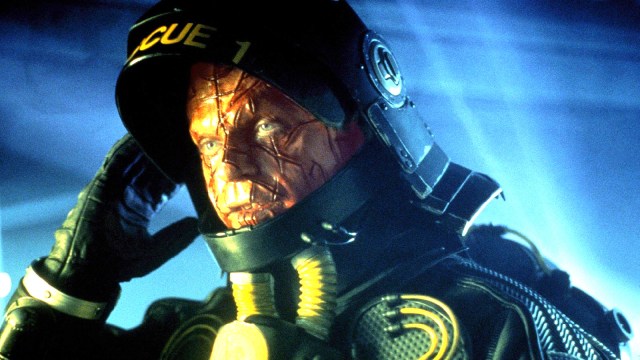 Cult classic sci-fi horror Event Horizon has been back in the headlines recently after celebrating its 25th anniversary, and Paul W.S. Anderson’s box office bomb is arguably more popular after a quarter of a century than it’s ever been.

The filmmaker’s original cut left the top brass at studio Paramount aghast at the gnarly body horror they’d just witnessed, with the theatrical release markedly different from what Anderson had in mind for the existential terror. After being ignored by paying patrons and falling well short of recouping the $60 million budget, Event Horizon went on to become something of a phenomenon on home video.

Over the years, there’s been plenty of talk regarding a potential Director’s Cut that would restore the excised footage, but Anderson has admitted on more than one occasion that the missing scenes have either been misplaced, lost, or destroyed. And yet, the Resident Evil architect hinted during a conversation with Entertainment Weekly that a Snyder Cut scenario would be one method of bringing his original vision for Event Horizon to the masses.

“The problem with the deleted material is that we were right before the DVD revolution when Event Horizon was released. We were going out on VHS in ancillaries. And on VHS there was no room for all of these deleted scenes, there was no reason for the studio to keep it. Now if we’d made the movie a couple of years later, they’d have been all over the deleted scenes. But by the time DVD had happened, and the audience for the movie started demanding special editions, they hadn’t archived a lot of that stuff. So it’s just not there. I think to really re-institute what the old cut was, you’d need to probably do what they did with the Snyder Cut where you have to go and shoot some material again.”

Internet campaigns rarely yield tangible results, but they helped raise awareness for Zack Snyder’s take on Justice League in a major way, so maybe the Event Horizon fandom can attempt something similar with #ReleaseTheAndersonCut.