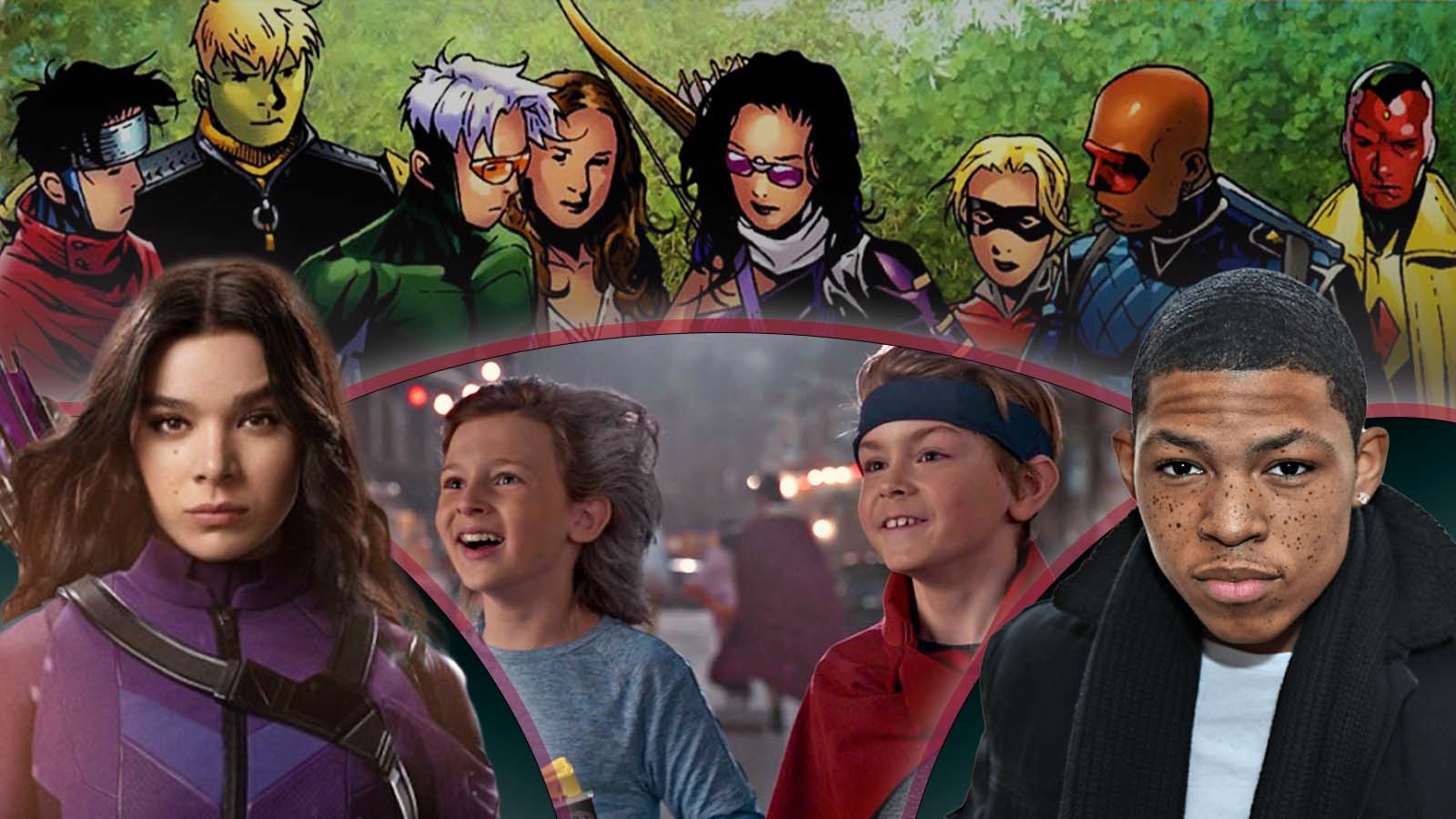 With the saga of the original Avengers concluding in Avengers: Endgame, the MCU’s Phase Four has been mostly focusing on the second wave of heroes — e.g. Sam Wilson, Wanda Maximoff, and Peter Parker — so far. But at the same time, it’s also carefully sowing the seeds for a new team of protectors to rise up at a later date. Namely the Young Avengers, created for the comics in 2005 by Allan Heinberg and Jim Cheung.

Over these first couple of years of Phase Four, Marvel has been working overtime in introducing as many members of the Young Avengers into the franchise as possible. And they’re doing it again in Doctor Strange in the Multiverse of Madness, which sees Xochitl Gomez make her debut as America Chavez (more on her later).

With Doctor Strange 2 in theaters, now is the perfect time to recap all of the next generation of Earth’s Mightiest Heroes who are already running around the MCU, as well as those still to come.

One Young Avenger has actually been hiding in plain sight for years, as Scott’s daughter Cassie (Abby Ryder Fortson) debuted back in 2015’s Ant-Man, with the teenage Cassie (Emma Fuhrmann) introduced in Avengers: Endgame. Kathryn Newton takes on the role in Ant-Man and the Wasp: Quantumania, suggesting she’ll finally follow in her dad’s footsteps and become the size-shifting superheroine Stature.

In WandaVision, we met Billy and Tommy, Wanda and Vision’s twin boys, although they were ultimately revealed to be creations of Wanda’s chaos magic. In the comics, however, the pair are reincarnated, something that fans suspect may happen in Doctor Strange 2. Much like his mom, Billy (Julian Hilliard) has mystic powers and is also known as Wiccan.

When subconsciously creating her own twin sons, Wanda drew inspiration from herself and her brother, Pietro. So while Billy takes after her, Tommy (Jett Klyne) inherited his uncle’s super-speed. In the comics, Tommy goes by the alias Speed. Like his brother, he wears a version of his superhero outfit during WV‘s Halloween episode.

A minor player in The Falcon and the Winter Soldier was Eli Bradley (Elijah Richardson), the protective grandson of forgotten super-soldier Isaiah Bradley. On the page, Eli takes on the mantle of Patriot, initially without powers, but he then gains Isaiah’s abilities after an emergency blood transfusion. Richardson’s brief role in Falcon is surely setting him up for a spot on the Young Avengers roster.

In Loki, we met Kid Loki (Jack Veal), a variant of the God of Mischief who had killed his brother, Thor. The comics version of Kid Loki is actually a reincarnation of the original Asgardian who doesn’t want to be a villain anymore and joins the Young Avengers. The MCU’s Kid Loki could do the same if he finds a way out of the Void. Hopefully he’ll bring Alligator Loki with him.

Hawkeye introduced Kate Bishop (Hailee Steinfeld), an archery prodigy and Clint Barton’s biggest fan, who teamed up with the Avenger to battle Kingpin and his Tracksuit Mafia. At the end of the series, Clint awarded Kate the mantle of Hawkeye, which has to be a promise that she’s set to return to join the ranks of the Young Avengers.

Last but not least, America Chavez arrives on the scene in Doctor Strange in the Multiverse of Madness, played by Xochitl Gomez. A resident of another universe, America can produce star-shaped portals that allow her to cross dimensions. In the comics, she’s known by the alias Miss America. Her bisexuality has been confirmed to be carried over into the MCU.

Those we haven’t seen

Despite his superhero identity, Young Avengers founder Iron Lad actually isn’t affiliated with Tony Stark. His true origins were initially a mystery, but it later became known that he was Nate Richards, a younger variant of Kang the Conqueror, who had come to the present and formed the Young Avengers in a bid to avoid his dark destiny. His arrival seems imminent following Kang’s big entrance in Loki.

Similarly to Iron Lad, Hulkling’s name might make it sound like he’s a relative of Bruce Banner, but he’s really a half-Kree, half-Skrull prince who was raised on Earth. His relationship with Billy is one of the most beloved queer romances in Marvel comics — the pair recently tied the knot. His MCU debut is probably most likely to occur in a Captain Marvel film, maybe The Marvels.

Also known as Vision 2.0, this younger version of the synthezoid hero was created by Iron Lad, who gave the robot his memories when he returned to his own time. Young Vision eventually developed his own personality and went by the name Jonas. With White Vision now out there, it’s possible this adolescent android could be introduced as well.

David is a mutant with the ability to pick up skills and knowledge who joins the second iteration of the Young Avengers team. He’s also dated Tommy/Speed. However, both because he’s not a founding member and because Marvel’s yet to introduce any mutants, Prodigy seems like an outlier to join the MCU’s version of the group.