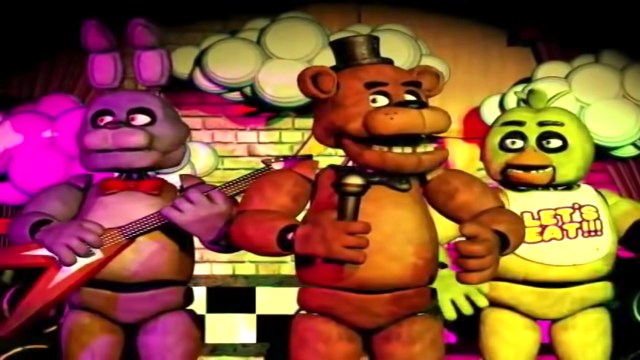 Five Nights at Freddy's
Review of:

However, these film rumors have been confusing and varied as the project has stopped and started many times. Warner Bros. Pictures announced its intention to turn the property into a movie in 2015, only for series creator Scott Cawthon to say that the project was “back at square one” in 2017. Then in 2018, Scott announced that he had scrapped another script for the movie, leading to many wondering if the film would ever come out.

But now it seems like the project is moving ahead, with Jason Blum tweeting some new information about the film and its schedule.

What do we know about the Five Nights At Freddy’s movie currently?

We don’t know much about the Five Nights at Freddy’s movie at the current time. Many crucial details, including the plot, have been kept under wraps. However, we know the film will be directed by Emma Tammi, most known for the podcast series The Left Right Game and 2018’s The Wind.

Talking to Deadline, Tammi said: “Stepping into the rich, terrifying world of Freddy’s alongside Scott Cawthon, Blumhouse, and Jim Henson’s Creature Shop is beyond thrilling. I cannot wait for audiences to immerse themselves in the wild and wonderful playground we are creating.”

Jason Blum told the publication: “Five Nights at Freddy’s is more consistently asked about than any other film I’ve ever worked on, and I’m thrilled to confirm it’s finally happening! With Emma Tammi at the helm, we’re committed to making Scott’s vision of the movie come to life. Rest assured, it will be and is worth the wait.”

The tweet posted by Jason Blum earlier today confirmed that the legendary Jim Henson’s Creature Shop would be creating the puppets for the movie. The legendary puppet studio has created some of the most amazing creatures in cinema history, including The Muppets.

The film was written by franchise creator Scott Cawthon, Tammi, and Seth Cuddeback, most known for writing and co-directing the documentary Mateo.

The tweet confirms the movie will start filming in February 2023. But no release date has been given at the current time.