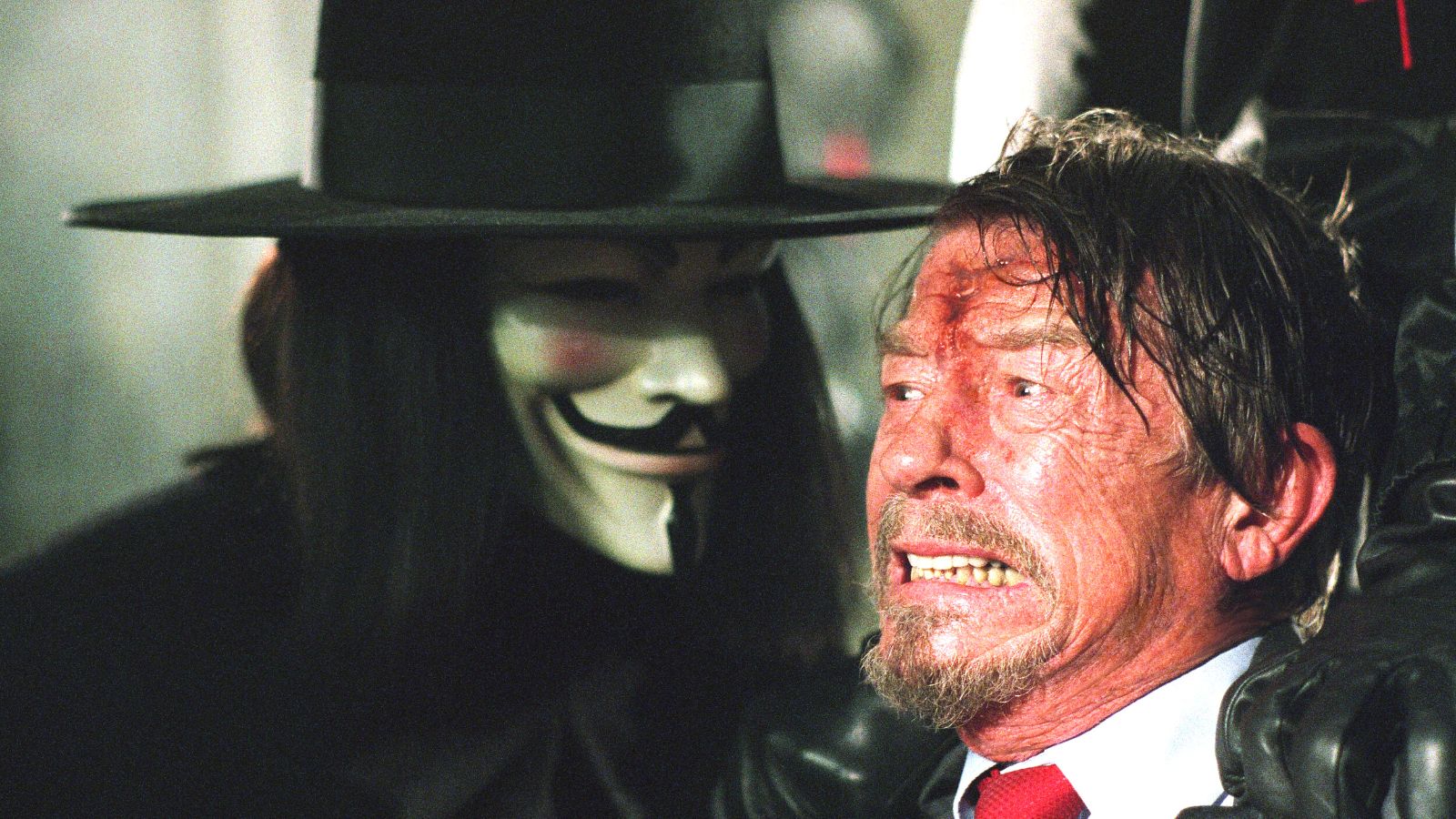 Unless you’ve been living under a beautiful, blissful rock, you’d be very well acquainted with George Orwell’s Nineteen Eighty-Four and Alan Moore’s seminal work V for Vendetta. But they could be one and the same thing, according to a theory.

1984 has been a staple of modern political discourse in the internet age, while V for Vendetta‘s iconic masked vigilante has become a symbol for anarchy and revolution. The two works are both heavily inspired by the grim political landscape of post-war Britain, but with Moore’s a very explicit commentary on Margaret Thatcher’s Britain.

Importantly, they’ve both been turned into live-action films, and even better, both star the late John Hurt but in drastically different roles. This connection perfectly sets up V for Vendetta as a sequel of sorts to 1984, one theory argues.

There are a few glaring errors with such a theory however, mostly relating to the important background and lore of the universes. NATO’s non-existence in 1984 but existence in V for Vendetta, as well as the lack of existence of “Britain” in 1984 challenge this.

The idea is more likely stemming from writer Moore’s clear enjoyment of 1984 as a cautionary tale, as well as the gist of it being a staple of British dystopian fiction in particular. Hurt becoming the big bad in V for Vendetta after his experiences in 1984 would also heavily betray his character arc.

Regardless, they’re both hugely influential works of fiction and have stayed buried in the public consciousness, proving how effective they are. V for Vendetta is available to stream on HBO Max.