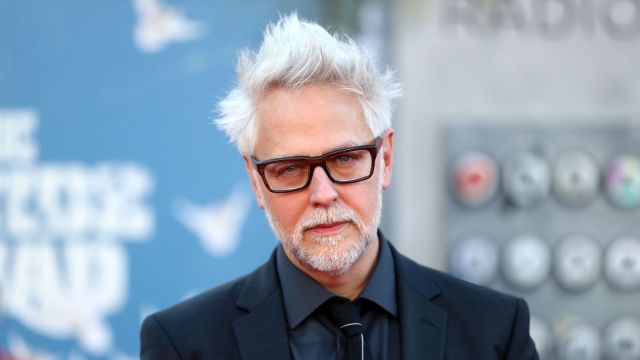 There is nothing that comics fans love more than a good online debate. Every element of comics, from hero costumes to power levels and general movie rankings, can set off massive arguments on social media, with more and more people jumping in to give their opinions as the debate spreads across social media. And today, many DC fans are debating if James Gunn is the hero the DCEU needs or deserves.

This debate started when the news was that James Gunn would be making a cameo appearance in Harley Quinn season three, the latest installment of the popular animated comedy featuring DC’s most popular antihero. This got people looking back at Gunn’s other recent DC projects, including The Suicide Squad and the John Cena-led series Peacemaker. And then a debate erupted.

The tweet that set most of the discussion off was a tweet by user BobDigi69, who quoted a teaser showing James Gunn in Harley Quinn and said: “What has James Gunn done for DC other than lose a gigantic ammount [sic] of cash?”

This tweet proved decently popular with Twitter users, but obviously, many expressed their disagreement with the statement. One popular tweet argued that judging success and merit via box office numbers wasn’t the way forward, noting that:

“Whoa whoa whoa! What is with the Hate-James Gunn party?!?!? I’m sure not attending it. Unfortunately, we still live in a world where success is measured by box office results. Sure Gunn’a TSS lost money. But critically speaking, it was a helluva lot better film than Ayer’s SS.”

However, the viral argument only hit full steam when BobDigi69 posted a screenshot of one of the quote tweets of his original tweet that argued Gunn had “made a hugely successful show, a critically acclaimed movie, save the Suicide Squad brand?”

BobDigi69’s response to this was:

“TSS was a MASSIVE loss for WM. Killed SS as a franchise. Peacemaker is not gathering any attention comparatively to many other relevant series. James Gunn has been a massive dissapointment of an investment and one reason Emmerich is gone.”

After this, the debate quickly spiraled away from this thread. With many talking about Gunn and his output in standalone tweets. This included one user who drew attention to the fact that The Suicide Squad‘s release was heavily affected by the COVID-19 pandemic. They said:

“James Gunn never bankrupted DC or The Suicide Squad from box office failure because he didn’t handle the marketing of the movie. In fact, he showed his discontent with premiering his film on the same day as on TV. They give him a job because he has been a success for HBO Max”

Others drew attention to the fact that many Tweets argue that Peacemaker was a failure without much evidence. Saying that: “I literally have no idea where some of these people get the info that peacemaker was an objective failure like I literally want their so-called numbers so bad.” Before adding that, “wb loves james gunn!”

While others used the trending topic to praise their favorite James Gunn-helmed DCEU project, with one user posting some images from The Suicide Squad, saying:

“James Gunn gave us the perfect Suicide Squad movie. I will never understand the “James Gunn killed that franchise” when he saved the brand and made many of us forget about that [email protected] they gave us in 2016.”