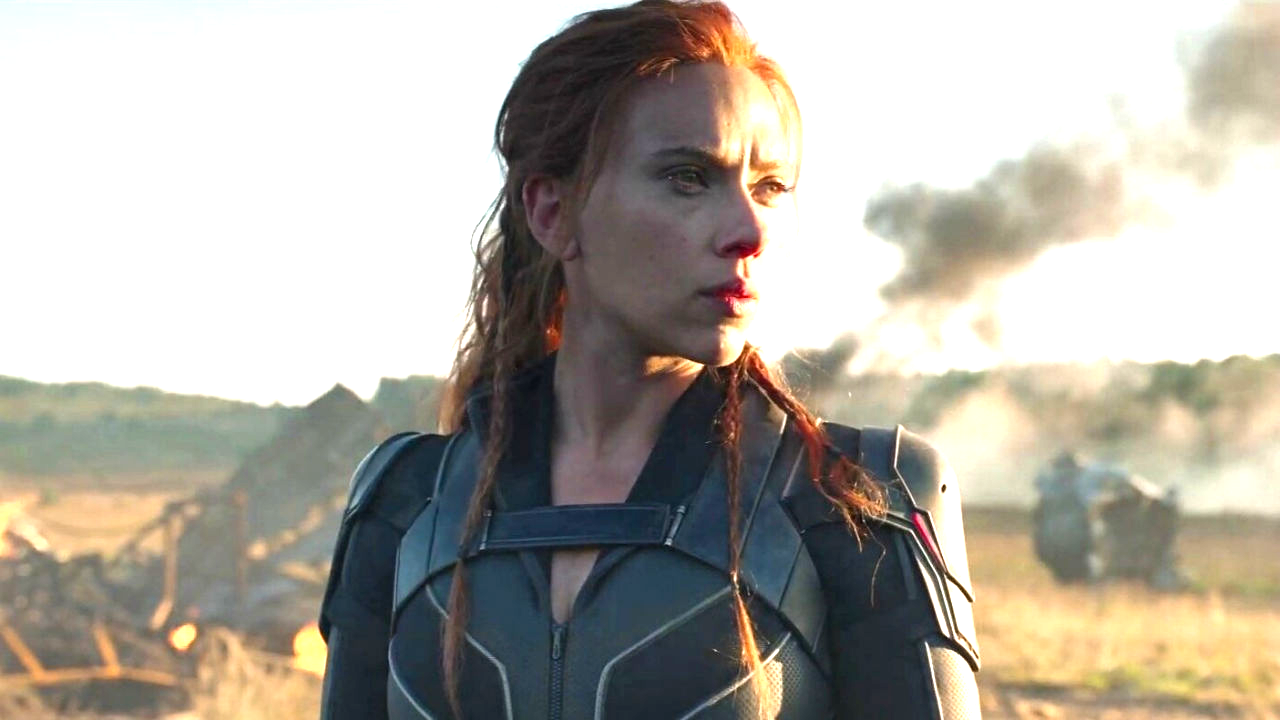 Scarlett Johansson has been playing Natasha Romanoff, aka Black Widow for over a decade now, after being introduced back in Iron Man 2 in 2010. The actress has made the character her own, and despite Romanoff’s final sacrifice in Avengers: Endgame, she finally got her own film, Black Widow, set between the events of Captain America: Civil War and Avengers: Infinity War. Johansson’s portrayal of the assassin turned superhero has finally received the recognition it deserves, first from MTV as a nominee and then by the public, who claimed her as the rightful winner of the Best Hero Award.

It was a successful evening overall for Johansson, who was nominated for Best Fight Scene, ‘Black Widow vs. Widows’, as well as Best Hero, going up against Daniel Craig for No Time to Die and fellow MCU stars Oscar Isaac for Moon Knight, Simu Liu for Shang-Chi and the Legend of the Ten Rings, and Tom Holland for Spider-Man: No Way Home. The actress lost out on the former to Euphoria‘s ‘Cassie vs. Maddie’ fight but won the latter. Johansson was the only female nominee this year for the award and is only the third woman to win it since its conception in 2006, with Best Hero predominantly won by male nominees.

Johansson has been the first and longest-running female hero for the MCU and, as the times have progressed, so too has the character of Black Widow. Introduced in Iron Man 2 as a latex clad, cleavage showing male fantasy, but, as the MCU has evolved, so too has the role. In 2021’s Black Widow Johansson finally got to show a much more grounded and (somewhat) realistic portrayal, of a character full of nuance, depth and emotion, but yes, the outfits are still quite form-fitting, shall we say.

What is especially impressive is that, compared to many of her Marvel co-stars, Johansson does as many of her own stunts as possible, even in Avengers: Age of Ultron where the actress was pregnant with her daughter. The actress has been seriously committed to the role, and for many fans of Johansson and her character, this award has been a long time coming.

Fans took to Twitter to congratulate the actress on her win, sharing pictures of the actress and her now-iconic role.

For this fan, the win is an emotional one.

For a lot of fans, Johansson’s win over her some of the most popular heroes in the MCU, as well as James Bond himself, stands as a fantastic achievement and positive message that the world is ready for more female heroes.

This user wanted to show just how worthy she is by sharing a particularly badass moment from the film, not that there isn’t a plethora to choose from.

Many simply wanted to send their congratulations to the actress, stating that she deserved the award.

This user shared a compilation of Black Widow’s most kick-ass moments to celebrate the win.

Rumors have been flying for a long time now that, despite her death in Endgame, the actress isn’t done with the MCU just yet, nor are they with her. Despite her lawsuit, she has teased on many an occasion that she may end up doing more with the superhero franchise. The actress is set to next appear in a Wes Anderson film titled Asteroid City, which looks to be released this year.